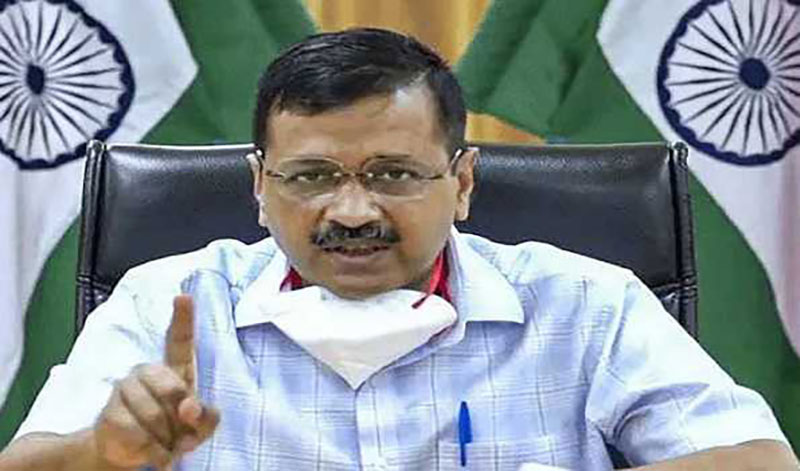 New Delhi/UNI: A day after the Centre said that there was no proposal to extend free foodgrains supply under the Pradhan Mantri Garib Kalyan Anna Yojana (PM-GKAY), the Delhi government announced to extend its free ration distribution scheme on Saturday.

Chief Minister Arvind Kejriwal said that Delhi Government has extended its free ration scheme for another six months even as the Centre has not proposed to further its food security programme under (PM-GKAY) beyond November 30.

He also appealed to Prime Minister Narendra Modi to extend the Centre's scheme for another six months citing inflation and unemployment led by COVID-19.

"Onset of COVID-19 has increased unemployment while inflation is skyrocketing. People are facing immense difficulty in even securing two times meal.

"I would urge the Prime Minister to extend its food security programme further for the next six months. Delhi government is doing the same with its free ration scheme," he posted on Twitter.

Kejriwal's tweet was a response to a news item stating that Modi Government has no proposal to further the food security programme beyond November 30.

On Friday, food secretary Sudhanshu Pandey was reported stating that there was no proposal at present to extend the PM-GKAY scheme because of the economic recovery following the pandemic and also due to the good in the open market policy.

The additional benefits under the Centre's scheme were started last year when the COVID-19 pandemic hit and continued till November 2020. It was reinstated again in May this year during the deadly second wave of COVID-19.

It was earlier announced by Modi that the benefits would continue till Diwali.