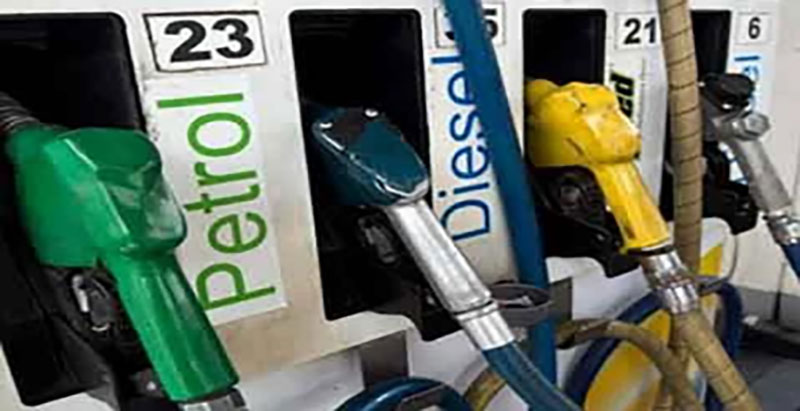 J&K reduces tax on petrol, diesel by Rs 7 per litre

Srinagar/IBNS: A day after the Centre slashed excise duty on fuel prices, Lieutenant Governor Manoj Sinha on Thursday announced further reduction in petrol and diesel prices by Rs 7 per litre.

“Hon'ble PM @narendramodi Ji has given a great Deepawali gift by announcing reduction in excise duty on Petrol & Diesel. In addition, the J & K admin has decided to reduce additional Rs 7 on Petrol & Diesel, thereby reducing Petrol  price by Rs 12/litre & Diesel by Rs 17/litre in UT from today,” office of the Lieutenant Governor tweeted.

In line with LG’s announcement, the Finance Department issued an order to formalise the reduction of the petroleum prices.

The Finance Department has revised the tax rates and cess to bring down the fuel prices in J&K, which was a long pending demand of the local residents.

As per the notification issued by the Financial Commissioner of Finance Department, Atal Dulloo, the tax has been levied by 24 per cent for petrol which is Rs 4.5 per litre, while the cess has been decreased by Rs 2 per litre for petrol.

Similarly, the tax on diesel has been levied by 16 per cent which is Rs 6.5 per litre, while the cess has been reduced by Re 1 per litre.

"The tax rate has been levied in exercise of the powers conferred by section 3 and 3 A of the Jammu and Kashmir Motor Spirit and Diesel Oil (Taxation of Sales) Act, Samvat 2005," an official notification said.

With the reduction in prices, petrol prices will hover above Rs 100 a litre, while diesel price has come down to the mid Rs 90 level.