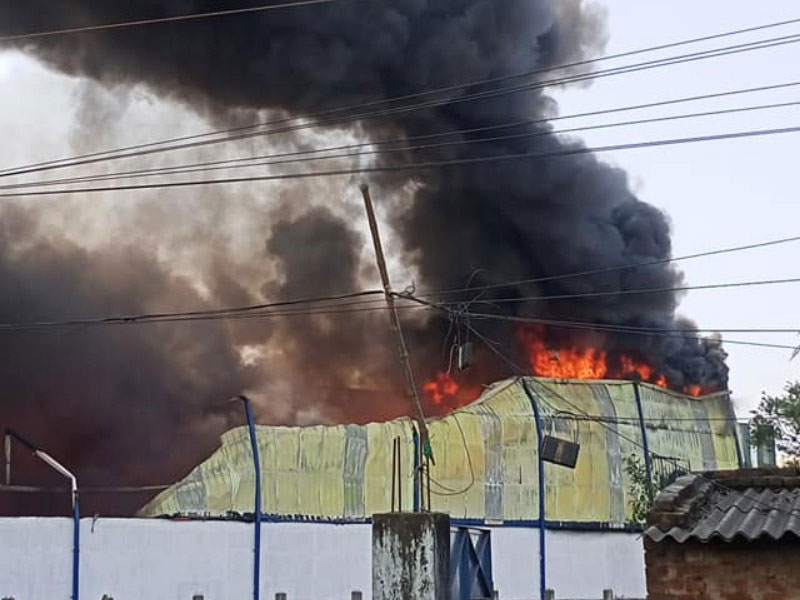 Kolkata/IBNS: A major fire broke out in a chips factory at Sankrail in Kolkata's neighbouring Howrah district of West Bengal on Wednesday, reports said.

According to reports, the fire started from a machine in the afternoon and it spread quickly to other parts of the factory located beside Kolkata-Mumbai National Highway at Alampur area under Sankrail Police Station limits.

As many as five fire tenders have reached the scene and firemen are continuing firefighting operations to bring the massive blaze under control.

Local police and fire officials said no casualty has been reported so far and there is no report of anyone trapped inside the factory.

Authorities said an investigation will be initiated into the reason behind the blaze after the fire is doused.