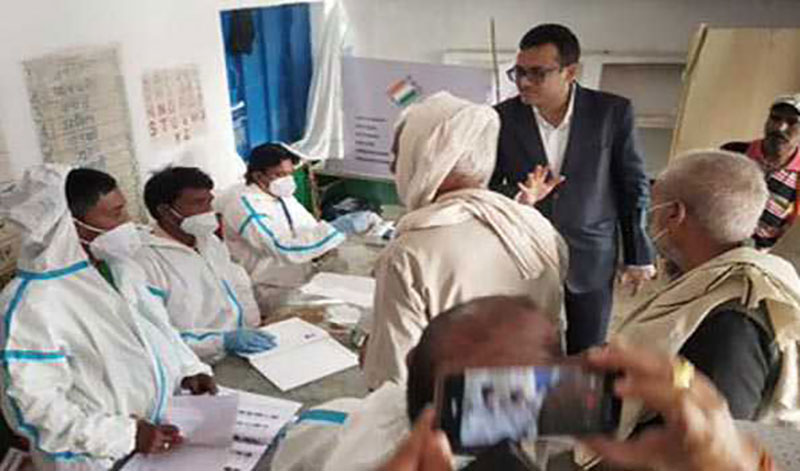 Bhopal/UNI: A turnout of approximately 20 percent was recorded in the first four hours of voting Saturday in Madhya Pradesh’s Khandwa parliamentary constituency; Prithvipur, Raigaon and Jobat assembly segments where by-elections are underway.

The official polling timings are 7 am-6 pm.

A total of 48 candidates are trying their electoral fortunes and counting is scheduled for Tuesday.

As many as 10,027 balloting units (including reserve ones); 5,517 control units and 5,886 Voter Verifiable Paper Audit Trail units have been provided; it was officially learnt. Novel coronavirus protection-related protocol is being observed.

In Khandwa, the principal contest is between Gyaneshwar Patil (Bharatiya Janata Party) and Rajnarayan Singh Purni (Congress) who are among 16 contestants.

Fifty Special Armed Force companies from other states and eight from within Madhya Pradesh have been stationed. A total 914 officers of the ranks of deputy superintendent, town inspector, sub-inspector or assistant sub-inspector; 6,962 head constables/constables; 3,123 Home Guard personnel and 3,945 special police officers are on duty.

As many as 42 interstate check-posts, 37 inter-district ones, 55 flying squads and 64 static surveillance teams are part of the arrangements.