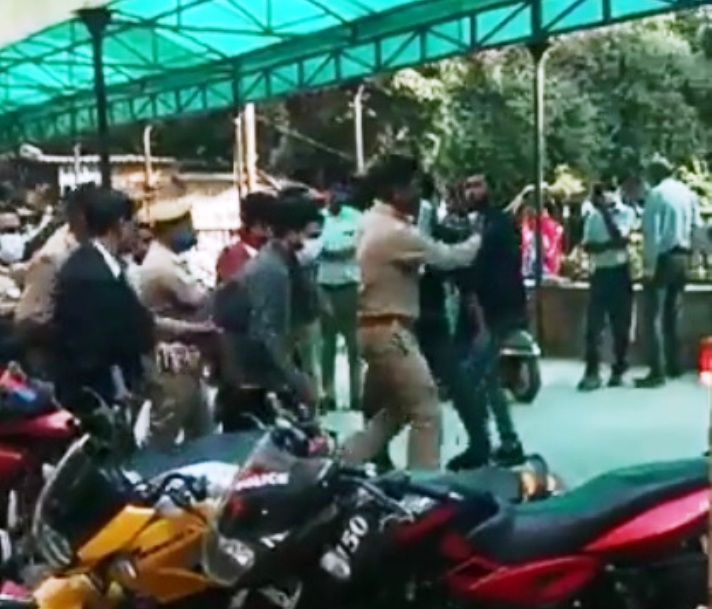 Agra/IBNS: Three Kashmiri students, arrested for supporting the Pakistani cricket team during the World Cup T20 match, were attacked outside the Agra court in Uttar Pradesh.

Videos from outside the court show a group of men heckling the students and shouting slogans as the police try to escort them to a police vehicle.

The group can be heard shouting "Pakistan Murdabad" (Down with Pakistan) and "Bharat Mata Ki Jai" (Long live India).

Kashmiri students who were arrested for celebrating Pakistan's win in T20 match were today roughed up in police presence by the right wingers after they were produced in the court in Agra.
VC local source. pic.twitter.com/O2NkbdeS1l

They were charged with promoting enmity between groups on grounds of religion, and cyber-terrorism.

A tweet from the Uttar Pradesh Chief Minister's office indicates they may also face sedition charges.

Earlier in the day, former Jammu & Kashmir Chief Minister Mehbooba Mufti criticised the "crackdown" and called for the immediate release of the arrested students.

The accused were arrested after a group of activists led by Gaurav Rajawat of the Bharatiya Janata Yuva Morcha (BJYM), BJP's youth wing, barged into the college campus without permission and accused the college administration of "sheltering traitors".

Rajawat filed a complaint with the police outside the college campus.