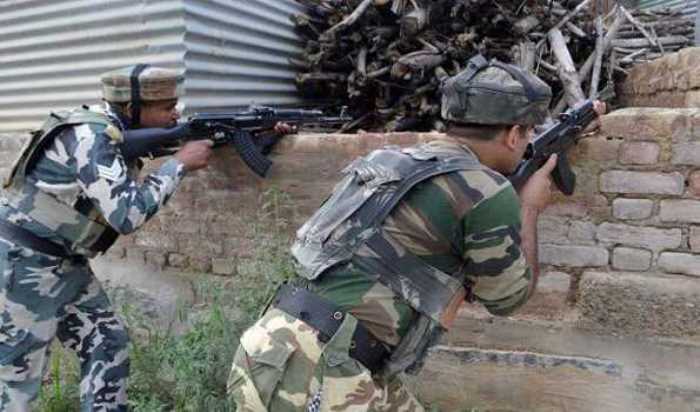 They said the brief gunfight broke when militants fired at an area domination party of the Army and police at Cherdari in the outskirts of Baramulla town.

The police later identified the slain as Javaid Ahmed Wani, a resident of south Kashmir’s Kulgam district. They said the slain had "assisted a militant in the killing of two migrant workers from Bihar on October 2 at Wanpoh Kulgam."

“Killed #terrorist is hybrid type, identified as Javed Ah Wani of #Kulgam district and he has assisted terrorist Gulzar (who was killed on 20th Oct) in #killing of 2 labourers from #Bihar in #Wanpoh. He was on a mission to target one shopkeeper in #Baramulla,” police tweet quoting Inspector General of Police Kashmir said.

Security forces have stepped up anti militancy operations following the targeted killing of migrant workers and minorities in the UT.

Nineteen militants have been killed so far in various operations this month.