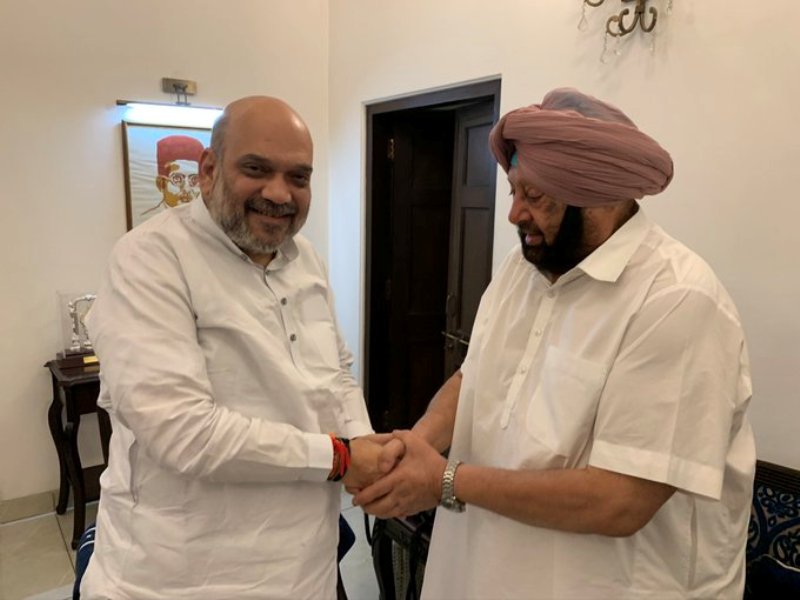 Singh is scheduled to meet Shah with a team of agricultural experts.

"I will meet Home Minister Amit Shah tomorrow and 25-30 people will go with me," he said while addressing the media on Wednesday.

Singh said he will be able to find a solution to the pressing problem since he was Punjab CM and also an agriculturalist.

The veteran politician Wednesday said he will float his own party, with a few months left for the next state elections.

Singh, who was asked to resign as the Chief Minister by his former party Congress weeks ago, addressed a press conference where he said, "I will form a political party in Punjab. I do not have the details yet."

However, he turned down any possible alignment with Congress' arch-rival Bharatiya Janata Party (BJP).

"I never said that I will align with the BJP. All I said was that I, my party, will look for a seat-sharing agreement," he said.

As the Chief Minister, Singh was succeeded by Charanjit Singh Channi, who is close to Punjab Congress Committee chief and Captain's adversary Navjot Singh Sidhu.

After Singh made the announcement, a jibe came from Sidhu who has alleged a nexus between the former Chief Minister and BJP.

"We the 78 MLAs of Congress, could never imagine, what we received an arm-twisted, ED controlled BJP loyal Chief Minister of Punjab @capt_amarinder… who sold the interests of Punjab to save his skin ! You were the negative force stalling Justice & development of Punjab," tweeted Sidhu.