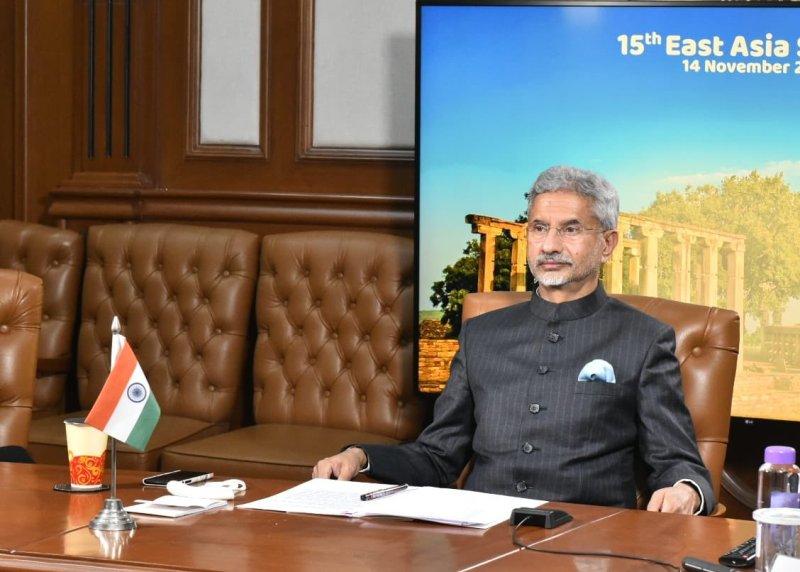 Denying the Indo-Pacific is tantamount to denying globalization: S Jaishankar

New Delhi/UNI: External Affairs Minister S Jaishankar on Wednesday said there is a fusion of theatres in the Indo-Pacific region that were unnaturally separated earlier, and the “politics of the day apparently creates some reluctance in admitting to that”.

He spoke on the four key issues of convergences, divergences, expectations and apprehensions of the Indo-Pacific Dialogue.

On the issue of convergence, he said the Indo-Pacific “is a fact of life and the question of convergence is therefore one more of perception than of reality”.

“Even those who ostensibly have reservations behave and operate in a manner that validates the Indo-Pacific. And that validation, as you all know, is in its very seamlessness and inter-penetration. In truth, everybody is aware that there is a fusion of theatres that were unnaturally separated earlier. The politics of the day apparently creates some reluctance in admitting to that,” he said, in remarks obliquely targeting China.

On the issue of divergences, he said: ”We could all ask why, if the realities were so obvious, that there should be hesitation or more in some quarters from recognizing what is staring us all in the face. The answer is probably in the mind-set, possibly even in their insecurities. If one is steeped in the ethos of the Cold War and even leveraged it to advantage, it is not easy to accept that others can approach the world very differently."

" Especially if the objective is to create a wider, more collaborative and more democratic approach to achieve common good,” he said, in apparent reference to the Quad, and to China’s objection to the grouping, which India has said is a force for global good," Jaishankar said.

On the aspect of the expectations of the Indo-Pacific, he said they were “Most of all, the likelihood that policies of states which overcome psychological limitations create more opportunities for cooperation. Not just that, also the possibility that such endeavours that would involve greater participants would be based more on respect for laws, rules and norms."

"This is all the more important when, in the post-Covid era, we all seek to de-risk the world from concentrated production and fragile supply chains,” he said, in another apparent reference to the Quad.

On the subject of apprehensions, he said: ”As you would have assumed by now, I do not believe they have a real basis. As globalization advances and becomes more diversified, there will only be a greater appreciation of the inter-dependence and broader footprints that the Indo-Pacific expresses. Given this direction, denying the Indo-Pacific is tantamount to denying globalization.”

He said that “in the domain of international relations, it is natural that new concepts take time to be digested. To facilitate that process, it is also important to show an openness of mind and acceptance that there can be many pathways to approach the Indo-Pacific.”

Jaishankar’s remarks come as the Pentagon has said that China continues to bully its neighbours to try to “coerce them into behaviour that is more in keeping with its national security or economic interests”.

Pentagon Press Secretary John Kirby on Monday said: "China continues to bully its neighbours to try to coerce them into behaviour that is more in keeping with China's national security or economic interests. And we don't believe that that is conducive to a free and open Indo-Pacific," Kirby said.

Kirby said the Biden administration had put a "real premium on bolstering and reinforcing its alliances and partnerships in that area and making sure they have proper defensive capabilities in place to deal with the security challenges that exist out there."