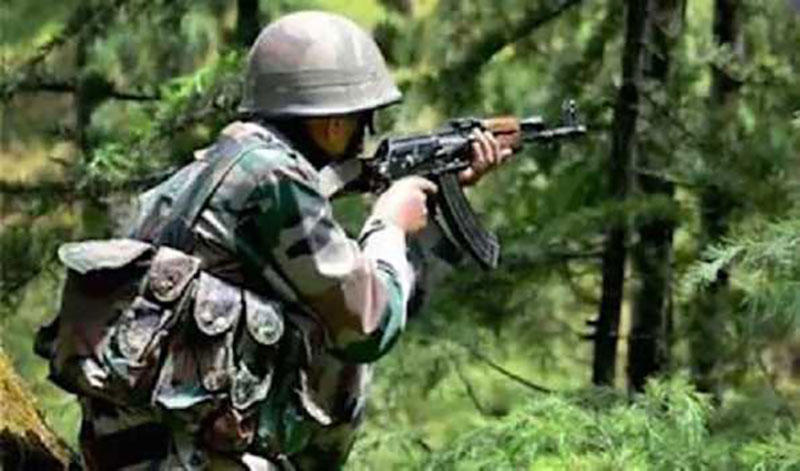 Jammu: Indian Security Forces on Tuesday recovered arms and ammunition from the site of ongoing encounter in Nar Forests of Bhata Dhurian in Mendhar belt of Poonch district.

The cordon and search operation has entered the 16th consecutive day, which is the longest after the revocation of Article 370 in Jammu and Kashmir.

Police said that in the ongoing anti- terrorist operation at Bhata Dhurian Nar Forests of Mendhar Sub Division, a joint team of Security Forces have recovered arms and ammunition from the encounter site.

Searches continue in the area, they said.

So far, nine soldiers, including two Junior Commissioned Officers, have been martyred while two police personnel and one jawan suffered injuries.

On Sunday, one jailed Pakistani terrorist, who was kept in Kot Bhalwal jail of Jammu, was taken to the encounter site to identify the hideout of terrorists engaged in the gunfight but he died in exchange of gunfire.

His body was retrieved later from the encounter site.