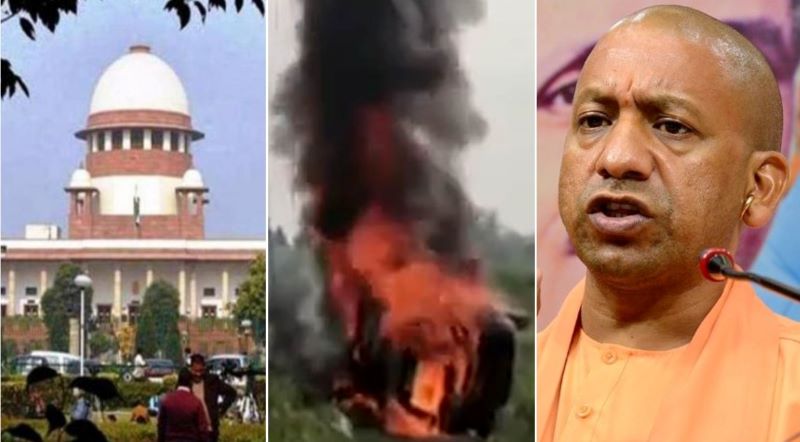 Only 23 eyewitnesses? SC questions Yogi-led UP govt over Lakhimpur incident

New Delhi/IBNS: The Supreme Court Tuesday questioned the Yogi Adityanath government in Uttar Pradesh over the record of a few eyewitnesses when thousands of farmers were present in Lakhimpur Kheri, where violence broke out killing eight people earlier this month, media reports said.

"Ask your agency to see how many more people than those 23 who can talk about the incident. Who saw something," the Chief Justice added.

"If there is any difficulty in recording statements and unavailability of judicial officers, then the nearest district judge has to ensure the availability of a substitute," the court added.

Following the incident, a fresh violence broke out in the spot where more people including a Bharatiya Janata Party (BJP) worker were killed.

Ashish Mishra was arrested on Oct 11, three days after the Supreme Court expressed its dissatisfaction over the UP government's handling of the case.