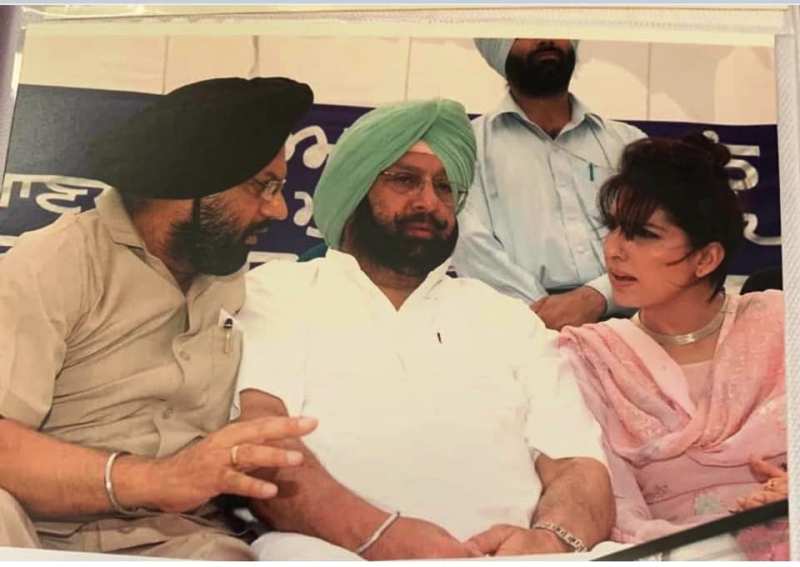 Posting almost 10 photos of Alam with Indian dignitaries such as Congress supremo Sonia Gandhi, former external affairs minister late Sushma Swaraj and Union minister Ashwani Kumar on Facebook, Singh wrote: "I am sharing a series of pictures of Mrs. Arusa Alam with various gentlemen. I think they are all agents of ISI too. Those who say so should think before speaking. It's all just an expression of tight mentality."

"I am posting a series of pictures of Mrs Aroosa Alam with various dignitaries. I suppose they are all also contacts of the ISI. Those who say so should think before speaking," he said.

The former CM said if the visas were not banned he would have invited Alam again.

"Unfortunately visas are banned at the moment between India and Pakistan. Otherwise I would invite her again. Incidentally, I am going to be 80 in March and Mrs Alam 69 next year.Narrow minded ness seems to be order of the day," he said.

This comes amid Punjab home minister's warning to have Aroosa Alam, a friend of Singh, investigated over ISI links.

The 79-year-old politician, a Congress veteran for over four decades and one of the party's biggest mass leaders, had turned against the party after it backed Navjot Singh Sidhu in a bitter feud that ended with his resignation from the top post in Punjab after he felt 'humiliated'.

Aroosa Alam, who met Amarinder Singh during his Pakistan visit in 2004, is said to be a regular visitor to the ex-Punjab CM's home and had also attended his oath ceremony.