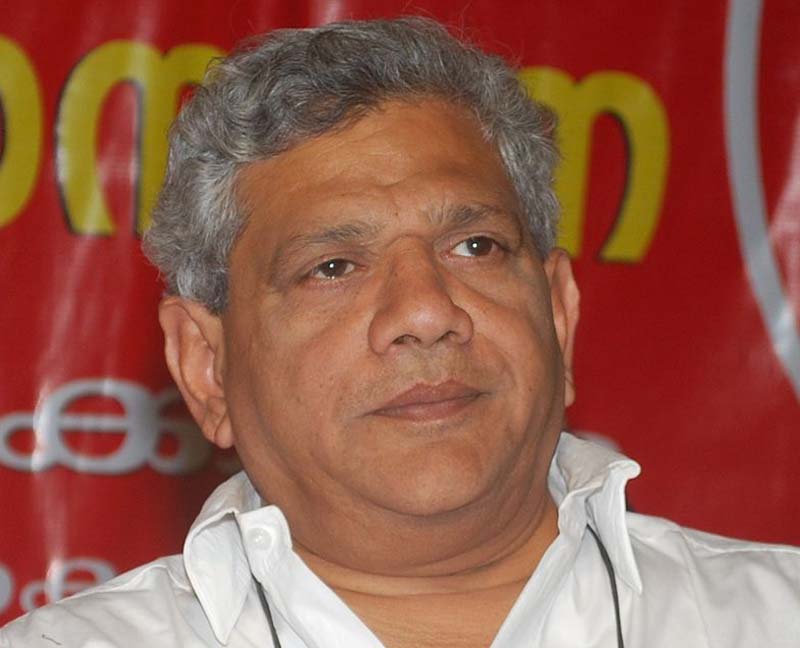 People will decide the alternative to BJP: Sitaram Yechury

New Delhi/UNI: People of the country would decide who would be the alternative to ruling Bharatiya Janata Party (BJP), Communist Party of India (Marxist) General Secretary Sitaram Yechury said on Monday adding that there is dissatisfaction among people over several government policies.

Speaking at a press conference after a three-day meeting of the Central Committee of the CPI-M, Yechury was asked about the alternative to the ruling Bharatiya Janata Party alliance.

"People of the country will decide who will be the alternative to the BJP. People of this country defeated the Emergency, the BJP was formed after that... People defeated Atal Bihari Vajpayee, the UPA (United Progressive Alliance) was formed later... Similarly in 1996, the United Front came up after the elections," he said.

"There is an option, and people will decide who that will be. The anti-BJP forces are in the process of crystalisation," he said.

He also said there was dissatisfaction among people on the government policies and there would be more "spontaneous outbursts".

Yechury also said that the Central Committee of the party discussed the political resolution which would be taken up at the Party Congress which would be held in April 2022, in Kannur, Kerala.

The Central Committee of the party has decided to hold protests across the country against price rise.

"Preposterous claims are being made that the hikes in central excise duties on petroleum products is financing free vaccinations and various social sector schemes. This is ridiculous. If people are paying exorbitant prices, then vaccinations are not free.. People are paying for it themselves," Yechury said.

"...This is very alarming. The PM assured that by the year's end all adults in India will be fully vaccinated. Now the government has lowered the target from 100 per cent to 60 per cent . Even for this we need 1.5 million vaccinations per day to reach 60 per cent target by year end. Today's rate of vaccination is below 40,000 a day," Yechury said.

The CPI-M also demanded sacking of Minister of State for Home Ajay Mishra, and demanded for the repeal of the Farm Laws.

"He made preposterous claims that with abrogation of Art 370 and dissolution of the erstwhile state state of J&K, the situation has improved. The recent targeted killings of civilians has created a situation drawing parallels to what prevailed in the 1990s. This is alarming," Yechury said.

"Central Committee of CPIM demands restoration of statehood to J&K, and urges Supreme Court to begin consideration of petitions before it, including those by CPIM," he added.

The comments came in the wake of several targeted civilian killings in J&K. The Home Minister, who is on a visit to the state, has said terrorism has gone down in the Union Territory, and no onw would be allowed to stop development in the state.

The Minister has also said that delimitations would be carried out in J&K, followed by elections and eventually, statehood would be restored.