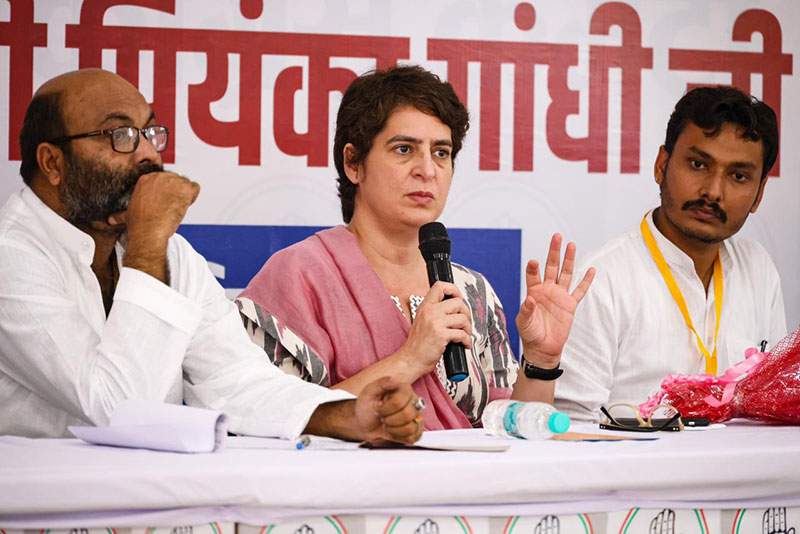 New Delhi/UNI: To woo the voters in the upcoming Assembly elections in Uttar Pradesh, Congress general secretary Priyanka Gandhi Vadra Monday announced free medical treatment up to 10 lakh to the people of the state, if the Congress forms the next government.

“With the consent of the manifesto committee, the UP Congress has decided, if it forms the government in UP any disease will be treated free of cost. The government will bear the expense up to 10 lakh,” she tweeted.

She also attacked the UP government over “depleting” conditions of health infrastructure in the state.

“Everyone saw the poor condition of the health system of UP due to government’s negligence during the corona period and now due to the fever spread in the state,” she said.

Earlier, Congress had promised, complete lone waiver of farmers, jobs for 20 lakh people, purchase of wheat and paddy at Rs 2,500 per quintal and Rs 400 per quintal for sugarcane and 50 percent cut in electricity bills, including a cut in dues during the corona period.

The party had decided to give 40 percent tickets to women in elections and smartphones to Class 12 pass girls and e-scooters to graduate girls if voted to power.

“Congress also decided to provide Rs 2500 to families who faced financial hardship due to the COVID pandemic,” she said while launching the Pratigya Yatras from Barabanki.

The Congress had in the last assembly polls won only seven seats.