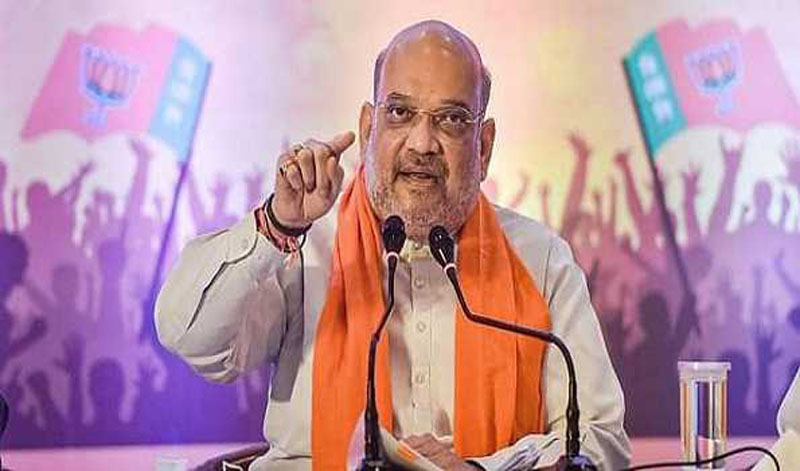 Jammu/UNI: A delegation of Chamber of Commerce and Industry (CCI) Jammu on Sunday called on Union Home Minister Amit Shah and raised issues being confronted by the people of the region.

The delegation comprising CCI President Arun Gupta and General Secretary Gaurav Gupta also submitted a memorandum and urged the Home Minister to pace up the process of development, generate jobs for the educated unemployed as their number has been swelled badly in the UT of J&K and also take robust measures to bring in peace in real sense as businessmen living on both sides of the Pir Panjal range is suffering due to continuing unrest in the Valley especially in the last few days due to spurt in killings of innocent people by the terror mongers.

Mr Gupta urged the Home Minister to take the desired necessary steps to bring back on track the derailed economy of the UT of J&K so that people can take a sigh of relief which under prevailing scenario, are reeling under a lot of stress and mayhem.

The measures which the CCI Jammu suggested to rejuvenate trade, tourism, industry and others sectors include effective tackling of terrorism, restoration of statehood as soon as possible, establishment of new public sector undertakings to boost industry, development of tourism by giving due preference to Jammu region, road connectivity between Bani and Dalhousie to give boost to tourism in the region, redefine land types in the UT like Gair Mumkin Ghads, etc, special incentives of hotel and other industries, give pollution clearance to industries for at least three years as present one year term is not sufficient, boost transport sector by removing passenger tax on the lines of other UTs, give amnesty on Token Tax and Passenger Tax from the period of March 25, 2020 to March 31, 2022, the population which is getting affected due to smart city project should be rehabilitated first as this vital for their sustenance, extend benefits to existing industry in the UT also as those incentives announced are for new industries only, include small entrepreneurs in the new industrial policy as they have been left aloof in the aforesaid policy, JDA should create residential as well as commercial areas in the Jammu as the same is pending since long, the policies which are denting local businesses should discouraged like the case of old wine shop owners who faced the discrimination and the large quantum of business has gone into the volley of outsiders, Chamber of Commerce and Industry being the ace body of traders should be taken into confidence before implementing any new policy which holds direct or indirect impact on the trade and business of Jammu.

Besides, the CCI delegation also raised the issue of residents of Gandhi Nagar locality here who have been told to vacate 10 feet land of their plots by an arbitrary order seeking its immediate rescinding.

The Home Minister as per handout released by the CCI, assured that he will look into the issues highlighted assuring early redressal.