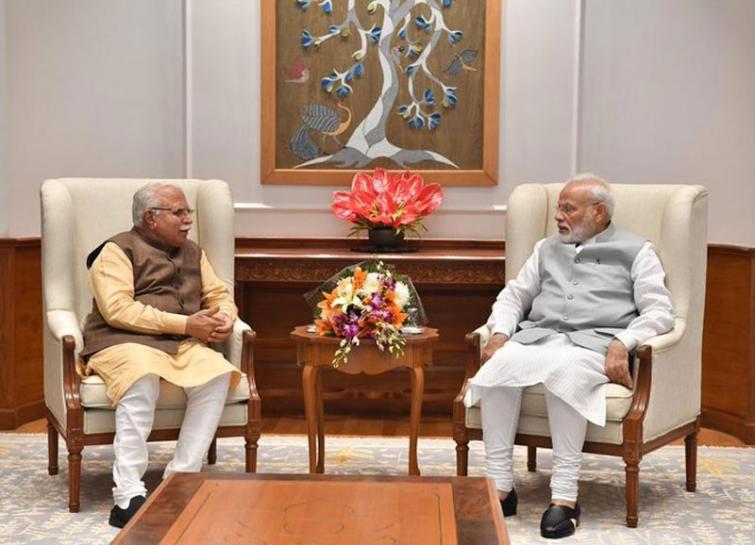 New Delhi/IBNS: Prime Minister Narendra Modi on Thursday praised Haryana Chief Minister Manohar Lal Khattar and said that after many decades, the state has got an honest government that thinks about its progress.

"After decades Haryana got an honest government under Manohar Lal Khattar that thinks of its progress. The coming years will always remember and cherish the pro-people work being done by Manohar khattarJi and his team for the progress of Haryana," Modi said.

The Prime Minister also took a dig at the media for not paying much attention to "constructive and positive" works that the Haryana government does.

A video tweeted by the Prime Minister shows Khattar first wiping his eyes and then rising up with folded hands to greet Modi as he finishes his speech.

The coming years will always remember and cherish the pro-people work being done by @mlkhattar Ji and his team for the progress of Haryana. pic.twitter.com/Z4PyaPvnY7

This comes at a time when Khattar is faced with a lot of criticisms for its handling of the farmers' protests and also some remarks by the Chief Minister.