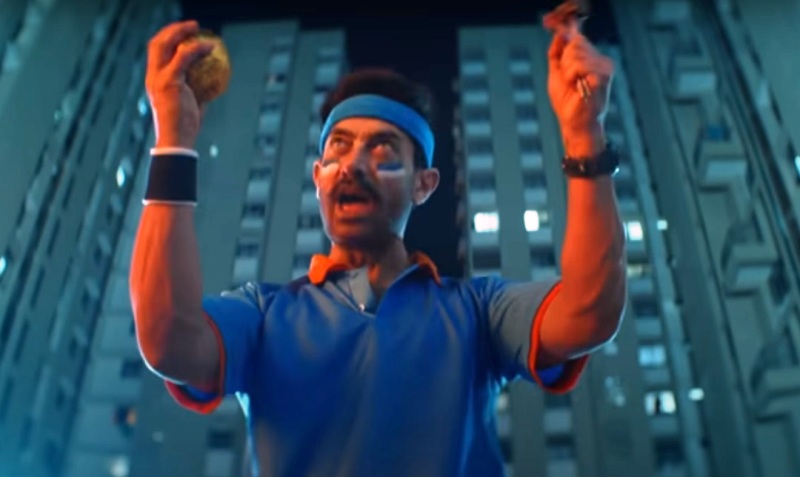 New Delhi/IBNS: In yet another backlash for commercials on religious grounds, an ad film featuring Aamir Khan in the backdrop of Diwali celebrations is now under scanner with Bharatiya Janata Party (BJP) MP Anantkumar Hegde asking the brand-tyre major Ceat-to address the "problem blocking roads in the name of Namaz and noise emitted from mosques during Azan."

The advertisement by tyre major Ceat Ltd shows Aamir Khan advising people not to burst crackers on the streets during Diwali.

Hedge, while applauding the ad for raising awareness against bursting crackers on roads, has also raised objections for 'hurting Hindu sentiments'.

In a letter to the company, he wrote: "Your company's recent advertisement in which Aamir Khan advising people not to fire crackers on the streets is giving a very good message. Your concern to public issues needs applause. In this regard, I request you to address one more problem faced by people on roads, i.e., blocking roads in the name of Namaz on Fridays and other important festive days by Muslims."

The MP from Uttara Kannada went on to claim that during the Namaz of Muslim community, roads are blocked and vehicles like ambulances, firefighter ones are struck in traffic causing "grave losses".

He said that the “loud noise… emitted from mikes arranged on the top of mosques in our country” during Azan is “beyond the permissible limits”.

"That sound is beyond the permissible limits. On Fridays, it is prolonged for some more time. It is causing great inconvenience to people suffering from different ailments and taking rest, people working in different establishments and teachers teaching in classrooms. Actually, this list of sufferers is very long and only a few are mentioned here," he said in his letter dated Oct 14.

"As you are very keen and sensitive towards the problems faced by the general public and you also belong to the Hindu community, I am sure you can feel the discrimination done to the Hindus since centuries," he further said

The BJP MP also added that some "anti-Hindu actors" always try to hurt the Hindu sentiments.

"Therefore, I kindly request you to take cognisance of this particular incident where your company's advertisement has created an unrest among the Hindus," Hegde said in the letter.

Just a few days ago, ethnic clothing brand Fabindia had pulled out its social media campaign for its festive clothing line "Jashn-e-Riwaaz" ahead of Diwali after facing criticism for using an Urdu term for the campaign.

After the accusations,  Fabindia withdrew the ad and issued a clarification.

'Jashn-E-Riwaaz' is not Fabindia's Diwali clothing collection, and that the festival collection - 'Jhil Mil se Diwali' - has yet to be launched, the clothing brand had clarified.