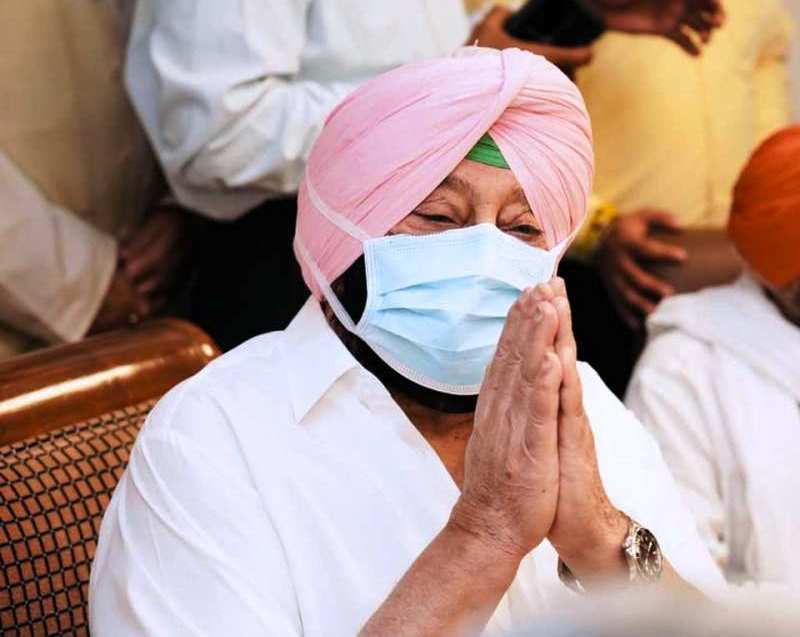 Chandigarh/IBNS: A day after former Punjab chief minister Amarinder Singh announced that he will launch a new political party and is open for "seat arrangements" with the Bharatiya Janata Party ahead of the state assembly elections, the BJP accepted his "friend request".

"We are ready for an alliance with Captain Amarinder Singh," said BJP's Punjab in-charge Dushyant Gautam on Wednesday.

"Our doors are open for an alliance, though only our parliamentary board can take the decision," Gautam said.

He said the BJP is always open to join hands with parties that are nationalistic, concerned about the country and the national security.

Amarinder Singh on Tuesday declared that he will form a new political party and said if the farmers' protest gets resolved, the party will consider a "seat arrangement" with the BJP and an alliance with breakaway Akali groups.

Singh had earlier brushed off the possibility of joining forces with the BJP last month after his high profile meeting with Union Home Minister Amit Shah.

In a series of tweets this evening, Singh's media advisor Raveen Thukral quoted the former Punjab CM as saying, "Will soon announce the launch of my own political party to serve the interests of Punjab & its people, including our farmers who've been fighting for their survival for over a year".

"Hopeful of a seat arrangement with @BJP4India in 2022 Punjab Assembly polls if #FarmersProtest is resolved in farmers' interest. Also looking at alliance with like-minded parties such as breakaway Akali groups, particularly Dhindsa & Brahmpura factions," read another tweet.

‘Hopeful of a seat arrangement with @BJP4India in 2022 Punjab Assembly polls if #FarmersProtest is resolved in farmers’ interest. Also looking at alliance with like-minded parties such as breakaway Akali groups, particularly Dhindsa &
Brahmpura factions’: @capt_amarinder 2/3 https://t.co/rkYhk4aE9Y

Singh has not officially left the Congress party. The 79-year-old veteran Congress leader has been with the party for over four decades.

He had stepped down from Punjab's chief minister's post in September after suffering "humiliation" by the Congress during his long and bitter feud with state Congress president Navjot Singh Sidhu and a section of the party MLAs.

After his highly-speculative meeting with Amit Shah at the end of September,  Singh had tweeted that they discussed the "prolonged farmers' agitation against Farm Laws".

He also mentioned that he had urged the minister "to resolve the crisis urgently with repeal of the laws and guarantee MSP".