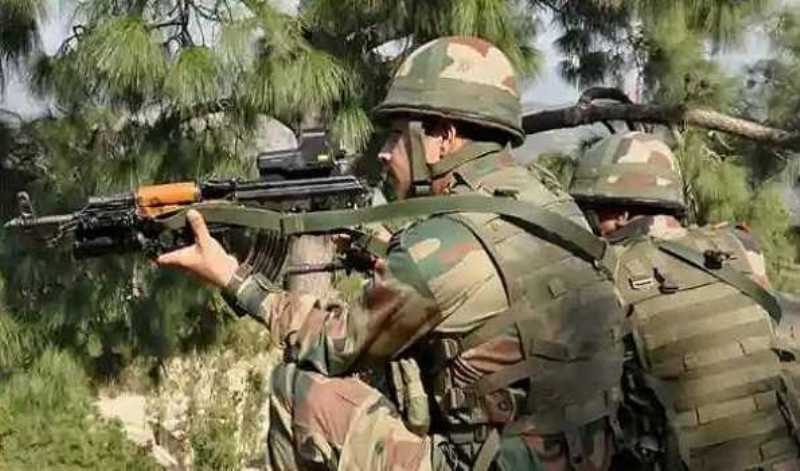 Kashmir: 2 militants and a soldier killed in Shopian gunfight

Srinagar/UNI: A soldier of the Army's counter-insurgency unit was killed Wednesday in Kashmir's Shopian as a joint operation team of the security forces gunned down two terrorists, including a top commander of Lashkar-e-Taiba, who was involved in the killing of a migrant worker in Pulwama, police said.

The gunfight between militants and security forces erupted this morning when joint teams of the police, army and Central Reserve Police Force launched a cordon and search operation in Dragad village following specific inputs.

“During the search operation, as the presence of terrorists got ascertained they were asked to surrender, instead they fired indiscriminately upon the joint search party, which was retaliated leading to an encounter. In the ensuing encounter, two terrorists were killed,” a police officer said.

Sources said a soldier was also killed during the gunfight.

One of the slain militants was identified by the police as Adil Ahmed Wani, the District Commander Shopian LeT (The Resistance Front).

"One of the killed #terrorists has been #identified as Adil Ah Wani, active since 7/2020. He was #involved in #killing of one poor labourer at Litter #Pulwama. So far, 15 terrorists have been #neutralised in 2 weeks," a police tweet quoting the Inspector General of Kashmir said.

Sakir was among the two non-locals killed on Oct 16, in back to back attacks.

An hour before Shakir was shot dead, a street vendor, named Arvind Kumar, was killed in Srinagar.