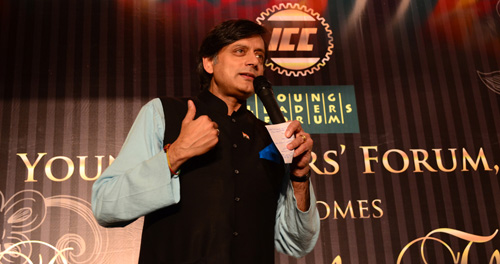 Shashi Tharoor credited Modi for pursuing a "politics of identity to politics of performance" and said "Modi could earn his place in history but we in the opposition are not yet convinced."

He, however, also criticised Modi for other retrograde elements in his regime with various actions and said they could be his undoing too.

Tharoor said while development is the focus of Modi government, he is "giving a free rein to retrograde elements rewriting text books, praising ancient science over modern science."

Tharoor was slammed by the Congress party earlier too for his praise of Modi. Interestingly, Modi also chose Tharoor for his invitation to celebrities to take part in the Clean India campaign.

Tharoor is in news over the death of his wife Sunanda Pushkar whose mysterious death is being probed by Delhi Police as a case of murder.