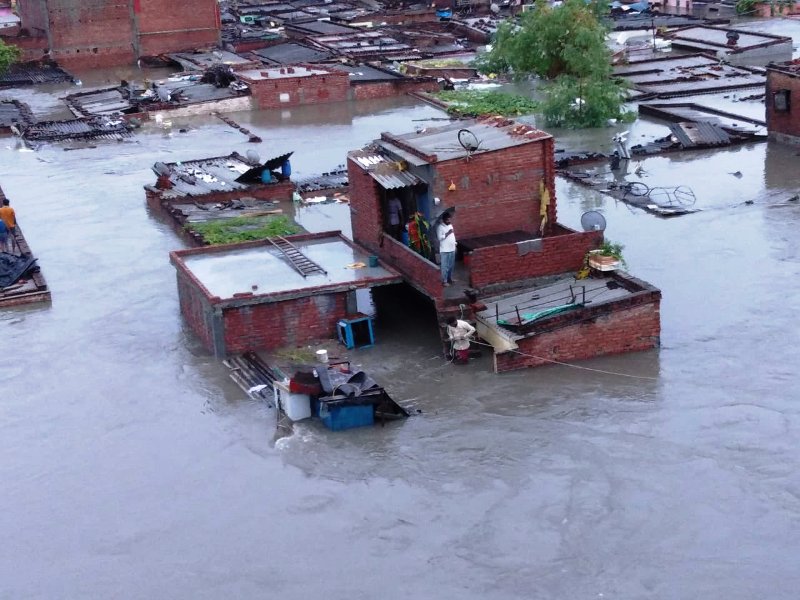 New Delhi/IBNS: At least 34 people died as heavy rainfall battered Uttarakhand for a third straight day on Tuesday, leaving authorities fearing for the lives of many more who may be trapped under debris and in flooded areas.

Uttarakhand's Nainital and Almora received heavy rains in the Kumaon region over the last three days.

A compensation of Rs. 4 lakh will be given to the families of the deceased. Those who lost their houses will be given Rs. 1.9 lakh.

In a tweet, PM Modi wrote: "I am anguished by the loss of lives due to heavy rainfall in parts of Uttarakhand. May the injured recover soon. Rescue operations are underway to help those affected. I pray for everyone’s safety and well-being."

I am anguished by the loss of lives due to heavy rainfall in parts of Uttarakhand. May the injured recover soon. Rescue operations are underway to help those affected. I pray for everyone’s safety and well-being.

The Chief Minister made an aerial survey along with Education Minister Dhan Singh Rawat.

The two districts of Nainital and Almora are the worst affected as bridges and houses have collapsed, landslides have buried several people and left many missing, said officials.

Twenty-five people have died in Nainital alone. Excessive rain in Doshapani of Mukteshwar in Nainital district caused a house to collapse on Monday night killing five of a family.

Relief and rescue operations by the State Disaster Management Force, NDRF and police were underway.

Sub-Divisional Magistrate Yogesh Singh Mehra said several bodies in Doshapani have been retrieved. The administration is gathering information about the casualties.

Due to incessant rains over the last three days, there has been major damage in Nainital district. The Gaula river is flowing above the danger-mark.

The railway line in Kathgodam has also been damaged. Railways have stopped operation on the route.

A major part of the bridge over the Gaula river has collapsed, cutting off the connectivity with Gaulapar and the sports stadium area. The administration has stopped movement on the bridge. Similarly, the bridge connecting Khairna-Betalghat has also suffered damage.

Many roads have been blocked due to debris. In Ramnagar, the Garjiya temple is under threat as the water level in Kosi river is rising.

All sluice gates of the Kosi Barrage have been opened. The administration has also opened all the flood gates of the Nanak Sagar Dam in Udham Singh Nagar as water breached the danger mark and posed threat of flooding in the Terai area.