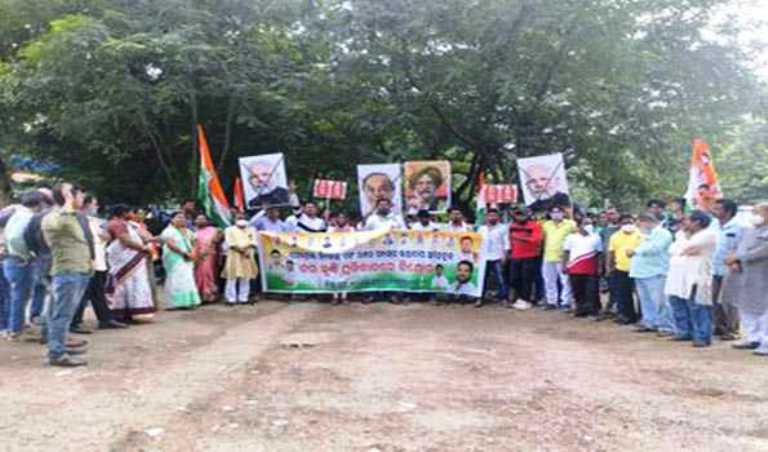 Bhubaneswar/UNI: The activists of the Bhubaneswar District Youth Congress in  Odisha on Tuesday blocked the Janpath near Master canteen in protest against hike in prices of petrol, diesel, cooking gas and other essential commodities.

The activists led by Bhubaneswar District youth Congress President Ranjit Patra held both Prime Minister Narendra Modi and Chief Minister Naveen Patnaik responsible for the hike in oil prices and burnt their effigies as a mark of protest.

Patra said the BJP had assured to keep the prices of petrol and diesel at Rs 40 per litre and were vociferously protesting against oil price hike to blame the Congress government when Dr. Manmohan Singh was the Prime Minister.

He said at that time while the crude oil price was 120 dollar per barrel, petrol was selling at Rs 65 and diesel at Rs 55 per litre and cooking gas per cylinder was available at Rs 350.

But now though the crude oil price came down by 30 to 80 dollar per barrel , petrol was selling at Rs 100 per litre and cooking gas at Rs 1,000 per cylinder, Patra said.

The Congress activists threatened to continue their agitation till the hike in oil price was rolled down.