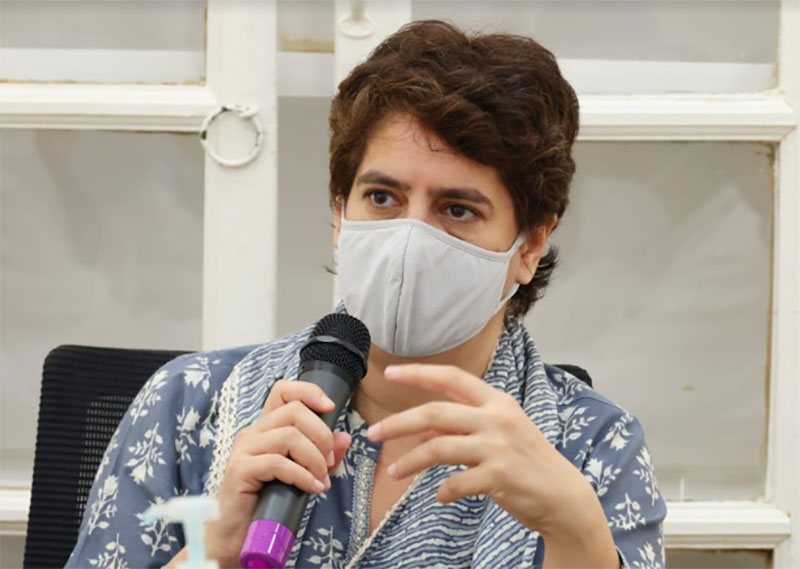 She said that their crops are not being bought and they are being forced to sell paddy with huge losses.

Instead of doing justice to the farmers, the government was intimidating them and threatening actions under the National Security Act, she said, adding that the minimum support price is the right of the farmers and they should get it.

“BJP government will impose NSA on farmers, threaten farmers, but will not give MSP to farmers,” Priyanka said.

She said, “Farmers in many districts of Uttar Pradesh are being forced to sell paddy at a loss of Rs 900-1000 per quintal, which is sheer injustice. MSP is the right of the farmers. Congress will fight for this right with full force.”