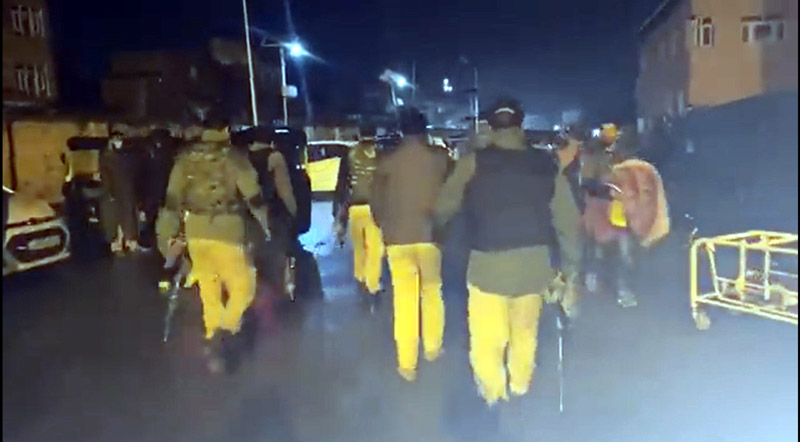 Srinagar/UNI: In the wake of a series of targeted killings of non locals by militants, J&K Police on Sunday night started moving such people to secure locations in various parts of Kashmir.

According to officials, the non-locals are being shifted to the nearest establishments of police, central security forces and Army camps with immediate effect.

The shifting has already started in many districts, the officials said.

The move comes close on the heels of three non-local labourers being shot by terrorists in Wanpoh area of Kulgam district in South Kashmir this evening.

Two of them died while the third one has been hospitalised with injuries.

All the three victims hail from Bihar.

Over the last two weeks, 10 civilians, mostly non-locals and members of minorities, have been targeted by militants in Kashmir.

On Saturday evening, two non-locals from Uttar Pradesh and Bihar were killed in Srinagar and Pulwama districts.

Expressing sympathies with the bereaved, Dr Farooq said, “I condemn the attack in strongest possible terms. Violence in all its forms and manifestations brings countless miseries to people. I express my unison within the bereaved family; pray for strength to bear this inconsolable loss."

Former Chief Minister Omar Abdullah who is also Vice President of NC said, "I condemn this heinous and despicable act of violence. The vicious circle of violence must stop now. The perpetrators of the attack must be held accountable and be brought to justice."

Expressing deep sorrow over the killing of innocent Bihari in Kashmir, the BJP said that the incident of killing innocent people by Pakistan sponsored and Taliban sympathiser militants was condemnable.

BJP Spokesperson Dr. Nikhil Anand said here today that the incident was shocking. He said that earlier Birendra Paswan and this time Arvind Shah has been killed. Both the Bihar residents were working their for long to earn their livelihood.

He said that the security forces will take revenge of the killing as they did in past.

The BJP spokesperson requested Bihar state government to pay some more ex- gratia amount so that the family of these worker who were dependent on them can stand by on their own.

He said that Rs two lakh compensation for these deceased workers in Jammu and Kashmir was a little amount.

Dr Anand further mentioned that in case of any accident or disaster the government was giving minimum of Rs 4 lakh as compensation.