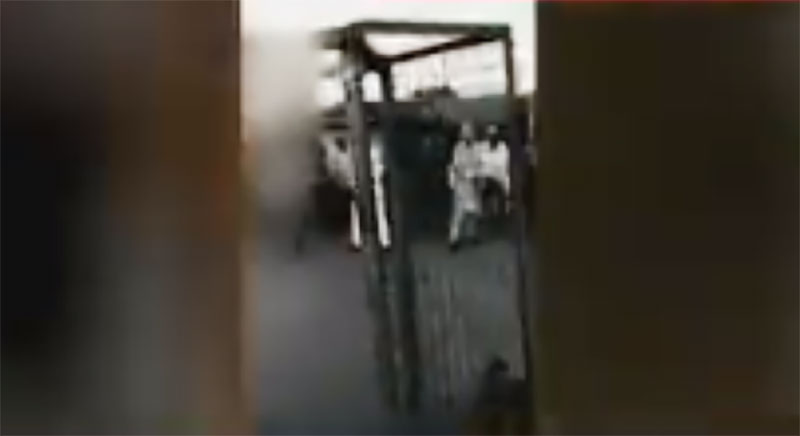 New Delhi/IBNS: Saravjit Singh - a Sikh 'warrior' or Nihang, who has confessed involvement in the killing of a Dalit labourer Lakhbir Singh at farmers' protest site in Haryana's Singhu yesterday, has said he has no regrets, according to media reports.

The accused was produced before a local court today following his surrender yesterday and sent to seven days' police custody, according to NDTV.

The prosecution had demanded 14 days' custody saying he had given information about four other suspects and that they had to recover the murder weapons, the report added.

According to the report, a video had shown Singh answering reporters that he did not repent the murder when they questioned him if he felt remorse over the killing. He had appeared disinterested and waved the queries away.

Meanwhile, two more Nihangs, who have been identified as Bhagwant Singh and Govind Singh, surrendered this evening.

With this, the total number of Nihangs surrendered in connection with the killing reached four.

At least three videos emerged, showing a large group of Nihangs, standing around his body as the victim lay bleeding and in pain, media reports said.

Swaraj India chief Yogendra Yadav, who is part of the group leading the farmers' protests, said the argument had broken out at the protest site Thursday night over a question of desecration.

According to the NDTV report, one Masa Singh of the victim's native village Cheema Kurd said, "He could not have done this; he was not that kind of a person. He was made to do this," said.

Another, who requested anonymity out of fear of reprisal, stressed: "Lakhbir can't be involved in desecration", and a third, retired soldier Harbhajan Singh, said "... he must have been lured there."

The Samyukt Kisan Morcha has unequivocally distanced itself from the murder and any connection with the Nihangs.

"... want to make it clear - the Nihang group (and) the deceased - have no relation with the Kisan Morcha," SKM said yesterday.

Last year another incident had come to light involving Nihangs - a Punjab policeman's hand was chopped off with a sword in Patiala after he asked them to show them 'movement passes' during the Covid lockdown.