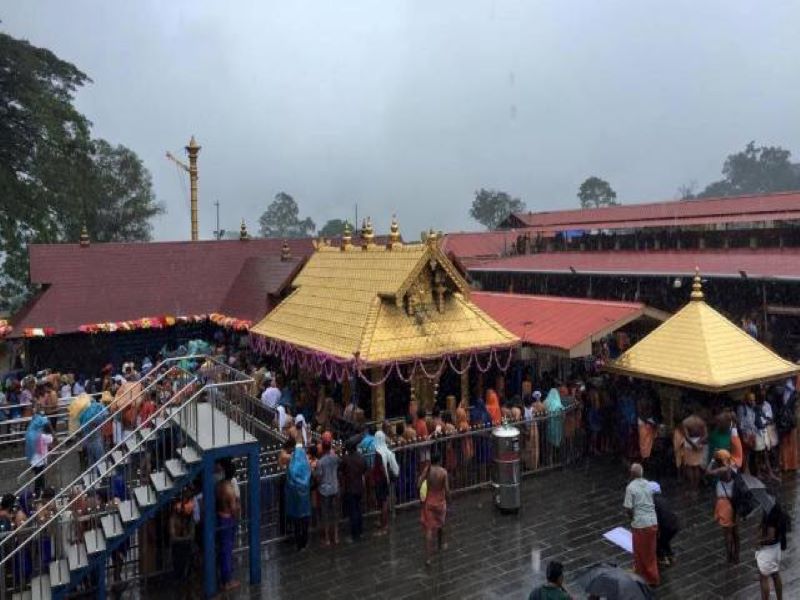 The Sabarimala Lord Ayyappa temple will reopen on October 16 at 5 pm for ‘Thula Masam' poojas but the devotees will be allowed entry into the temple tomorrow, October 17 from 5 am, according to media reports.

The temple would be opened and the lamps would be lit by the present melshanti V K Jayaraj Potti in the presence of the Thanthri Kandararu Mahesh Mohanaru, a release issued by the Board said.

Subsequently, the Upadevata temple would be opened and a lamp would be lit there also. A fire would also be lit in front of the 18th step of the path leading to the shrine, it said. It also said that there would be no poojas on the day the temple is opened.

The Board, also said, that melshantis for Sabarimala and Malikappuram temples would be selected via draw of lots on October 17 after the ‘Ushapoojas’ get over.

Devotees arriving at the temple must have a two-dose COVID vaccine certificate or an RT-PCR negative report with them.

The temple doors would be shut on October 21 and then again open on November 2 as part of the ‘Chithira Attavishesham’.

Thereafter, on November 3 the temple would be closed again and reopen on November 15 for the annual Mandalam-Makaravilakku festival.