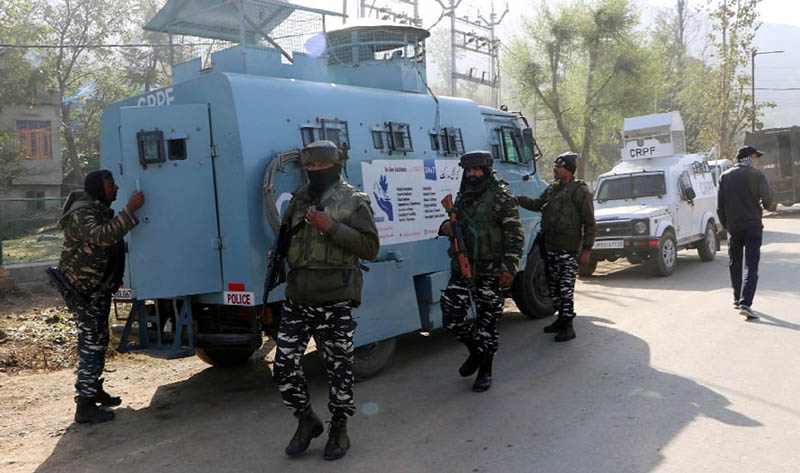 Srinagar: Top Lashkar-e-Taiba militant Umar Khandey, who was involved in the killing of policemen, and included in the 10 most-wanted terrorists list in the Kashmir Valley, was killed in a gunfight in Pampore area of south Kashmir’s Awantipora sub district on Saturday along with another militant, police said.

The third Kashmir gunfight over the past 15 hours broke out in the early hours when joint teams of security forces launched an operation after receiving information about the presence of militants at Drangbal Pampore.

One of the slain militants was identified as Khandey who police said was involved in the killing of two policemen in Bagat, Srinagar.

“LeT #terrorist Umar Mustaq Khandey who martyred our 2 colleagues SgCT Mohammad Yousf and Ct Suhail Ah in Baghat Srinagar while they were having tea, #neutralised in Drangbal, #Pampore. Amongst various other crimes of the terrorists, this stands out as most unforgivable," Kashmiri Zone Police tweeted.

In August, Khandey was named among top 10 militants in Kashmir.