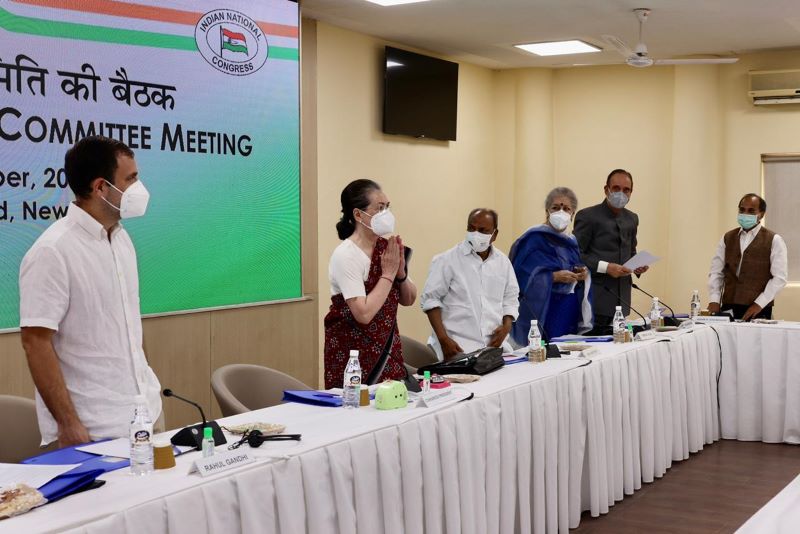 New Delhi/IBNS: A key meeting of the Congress' Working Committee is underway Saturday as the grand old party is aiming for an organisational rejig, media reports said.

This is the first in-person meeting of the Congress since COVID-19 pandemic.

The rebel leaders, popularly known as G-23 leaders, who want the refurbishment of the leadership in the party are also attending the meeting.

Sonia Gandhi took the reins of the party after Rahul Gandhi stepped down as the Congress president following the massive defeat in the hands of the Bharatiya Janata Party (BJP) in the 2019 General Elections.

According to an NDTV report, the election for new Congress president is likely to be discussed in the meeting.

The Congress, which is disarrayed in various parts of the country facing the mighty BJP and other regional satraps, is entering into key elections in Uttar Pradesh, Punjab, Goa, Gujarat, Uttarakhand early next year.

Very recently, Congress' internal fight took the centre-stage in Punjab where Captain Amarinder Singh had to step down as the Chief Minister, the post of which was later fulfilled by Dalit MLA Charanjit Singh Channi.

Taking the party to a complete surprise, Punjab Congress Committee chief Navjot Singh Sidhu had tendered resignation as the state unit president only to later reconcile.