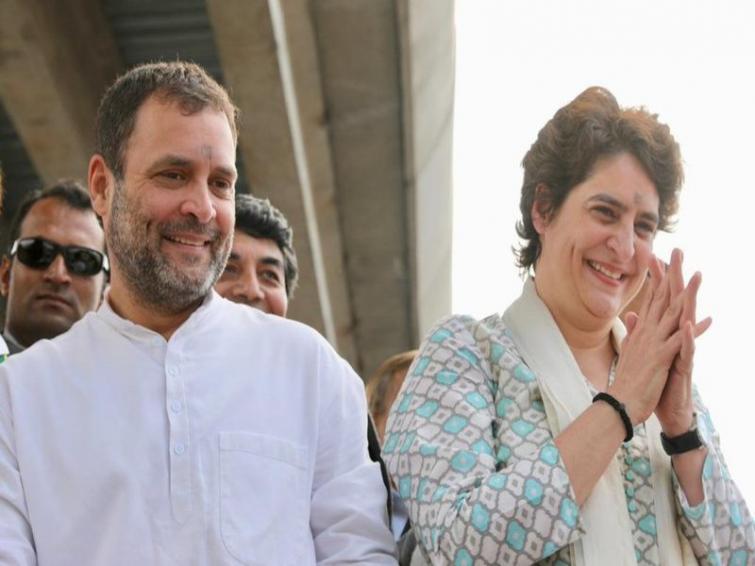 New Delhi/UNI: The Congress Working Committee (CWC) is set to meet in the national capital on Saturday amid demand from senior party leaders for electing a new president to the party, and at a time when a generational shift is being expected with both Rahul Gandhi and Priyanka Gandhi Vadra taking lead in decision making.

The meeting, which comes in the backdrop of myriad of events in the party, is also likely to discuss the ongoing farmers' agitation, the party's position on it, and the incident in Lakhimpur Kheri, where Rahul and Priyanka Gandhi visited to meet families of farmers and a journalists who were crushed to death by a car from the convoy of Minister of State for Home Ajay Mishra's son Ashish.

Congress has been demanding for the Minister's sacking, and has also approached President Ram Nath Kovind for it.

Punjab saw upheaval in the state unit of the party after Amarinder Singh resigned as the chief minister saying he was feeling 'humiliated', and days later state party chief Navjot SIngh Sidhu also resigned citing differences with some decisions of the new government under Charanjit Singh Channi.

However, according to sources, attempts were made to reach out to the senior leaders from the G-23 ahead of the CWC, the efforts being led by Priyanka Gandhi.

Senior party leader Ghulam Nabi Azad, who had earlier written to Sonia Gandhi urging her to call a meet of the CWC, was a part of the delegation that went to meet the President over the Lakhimpur incident.

According to a party leader, the upcoming state assembly elections are going to be an important part of the agenda of the meeting, with Congress keen on keeping its hold on Punjab, and coming back to power in other states.

Uttar Pradesh, which also goes to polls next year, is going to be a major focus. Priyanka, who is the party General Secretary, has been leading the charge there.

Organisational elections also remain on the agenda, amid continuing demands for electing a president to the party. Sonia Gandhi had taken over as the interim president of the party after Rahul Gandhi's resignation in 2019.

Last meeting of the CWC was held in August last year in the wake of a letter by the G-23 leaders, seeking organisational reforms and a full time president. After an over seven hours long meet, it was decided that Sonia Gandhi would continue on her post.