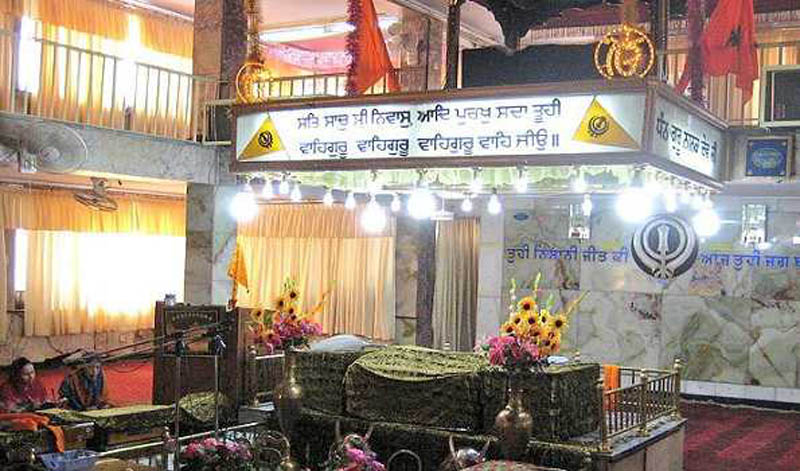 Kabul: In the second such incident in 10 days, heavily armed men claiming to be from the Special Unit of the Islamic Emirate of Afghanistan, as the Taliban government calls itself, entered the Karte Parwan Gurdwara in Kabul on Friday and intimidated the Afghan Sikh community members present there, said Puneet Singh Chandhok, President, Indian World Forum.

Chandhok said he had received distress calls from the Afghan Sikh Community in Kabul over the incident.

According to him, at around 1400 hours heavily armed officials claiming to be from the Special Unit of Islamic Emirate of Afghanistan forcibly entered the Gurdwara Dashmesh Pita at Karte Parwan, Kabul.

“They intimidated the community present inside the gurdwara and abused the sanctity of the holy place.

“They not only raided the gurdwara but also the entire premises of the community school attached to the Gurdwara. The private security guards of the gurdwara initially prevented them from entering but they were also threatened with dire consequence and manhandled,” said Chandhok.

The men raided the erstwhile residence and office of MP Narinder Singh Khalsa located adjacent to the gurdwara.

“The community has expressed serious concerns and are fearing danger to their lives. Around 20 members of the community are present inside the gurdwara,” said Chandhok.

Chandhok urged the Government of India to immediately raise the concerns of the Hindu and Sikh community living in Afghanistan with their counterparts in Kabul at the highest level.

“At the same time, the incumbent regime in Afghanistan should ensure compliance to the UN Charter and the wellbeing of minorities living there. This is the second incident,” he said.

On October 5, a group of heavily armed men entered the Gurdwara Karte Parwan in Taliban-ruled Kabul and took three guards there into custody, rummaged through the cupboards of the gurdwara office, before smashing some of the CCTV cameras on their way out.