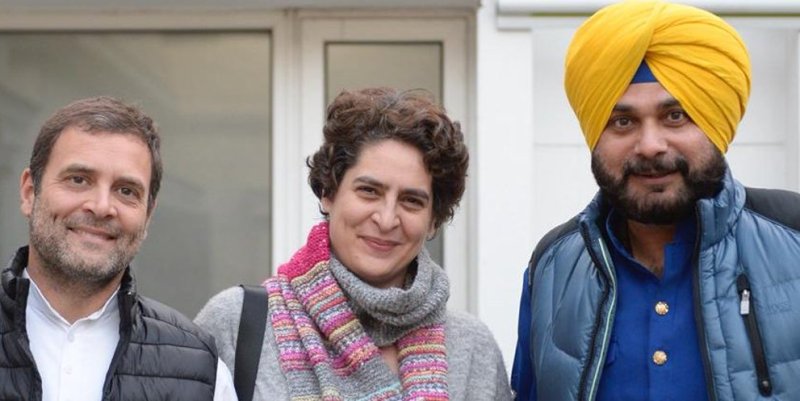 Speaking to reporters after the meeting, Singh said: "I have placed my concerns to party high command, I have full trust that whatever party president, Rahul Gandhi and Priyanka Gandhi Vadra decide, it will be for Punjab. I consider them supreme and follow their orders."

Meanwhile, NDTV quoting a party leader reported that a formal decision is expected on Friday.

"Sidhu has retracted from his belligerent position of resigning as PCC (Punjab Pradesh Congress Committee) chief," the party leader, who doesn't want to be named, told NDTV channel.

Punjab in-charge Harish Rawat has also said that a solution will emerge following the talks.

The meeting was called to discuss "organisational matters" of the state Congress following an uncomfortable truce between Sidhu and new Punjab Chief Minister Charanjit Singh Channi.

Earlier this month, Sidhu had quit the post of Punjab Congress supremo, making his displeasure felt with the new Chief Minister's picks for cabinet.

But a day later, he had agreed to continue with the post after he had accepted the Chief Minister's invitation for a meeting.

The two had agreed to the formation of a coordination committee to monitor the progress of Congress's 2017 Punjab poll promises.

The 57-year-old, however, is yet to formally withdraw his resignation.

However, his absence at the wedding ceremony of Channi's son, paved the way for speculation that the tension persisted between the two under the surface.