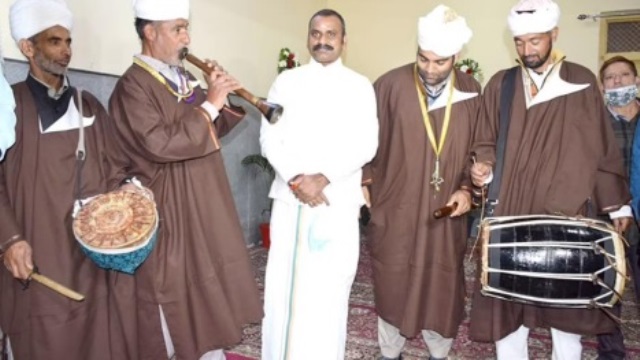 Srinagar/IBNS: Union Minister of State (MoS) for Information & Broadcasting Dr. L. Murugan Tuesday said Prime Minister Narendra Modi’s idea of inclusive growth and good governance and the approach adopted by the Jammu and Kashmir administration has put the union territory (UT) on the path of development.

Dr Murugan was speaking on the occasion of his visit to All India Radio, Srinagar where he inaugurated the renovated Prasar Bharati Auditorium which was damaged in devastating Kashmir floods in 2014.

He said that both these institutions have been making quality programmes in several languages for the past many decades.

He said that being stationed in a border area, All India Radio and DDK Srinagar are playing a vital role in countering the propaganda and obnoxious narrative unleashed by the adverse neighbouring countries.