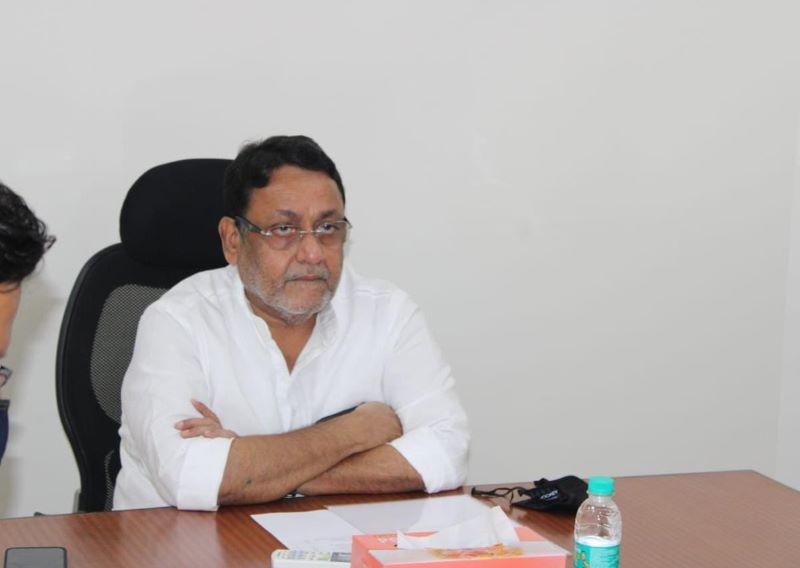 Making sensational disclosure to media persons here today, he said that on January nine this year, the NCB had made several raids in the country including the reported seizure of 200 kgs of Ganja from one Karan Shejlani, in the same case Mr Nawab Mallik’s son-in-law Samir Khan was arrested.

The NCB had charged that Khan was a drug dealer who imported drugs apart from levelling several other charges. After eight months, his son-in-law was released on bail.

Referring to the court order he said, "After going through the order, it was found that the seizure was done on January 9 this year, it was not a drug substance, it was herbal tobacco, the order stated."

"The official had made sensational news that day they had seized 200 kgs of Ganja from a person. In the same case, Samir Khan was also arrested. Now it is clear that NCB just planned the raid to gain publicity, they are doing forgery in the raid with Malified intention to malign the image of common people and harass citizens of the country" said Mallick.

Mallik said he will file suit against NCB officials.