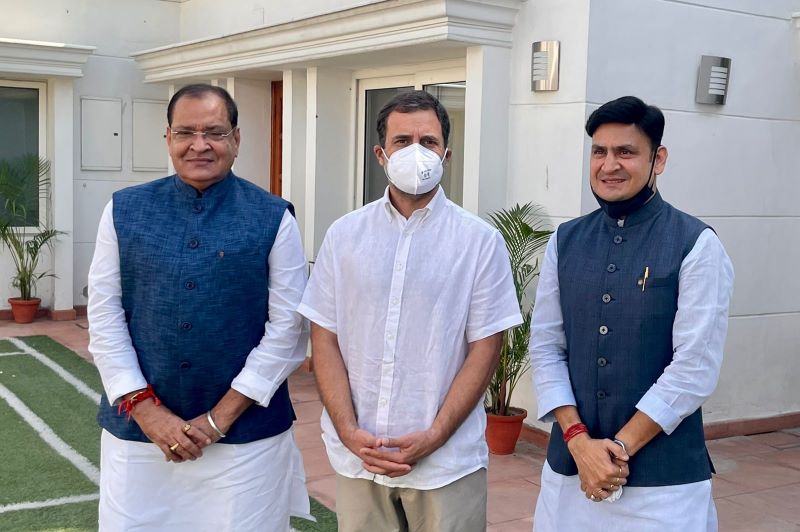 Yashpal Arya, a prominent Dalit leader who held the post of Transport Minister in the Pushkar Singh Dhami government, tendered his resignation adding to the sudden spurt in new high profile joinees in the party.

The father-son duo joined the Congress in the presence of party leaders Harish Rawat, Randeep Surjewala and K.C. Venugopal in Delhi.

The two also met former Congress president Rahul Gandhi ahead of their joining.

Former Uttarakhand Chief Minister Rawat welcomed Arya's return to the party and said, "In BJP, Dalits are used as showpieces and they are not respected."

Congress general secretary KC Venugopal said it was "homecoming" for Yashpal Arya, who had quit Congress to join the BJP in 2017.

Arya had not only served as the Uttarakhand Congress chief but was also a former Speaker of the state assembly while he was with Congress.

He said Congress is fighting to save India, and there are many who are rallying behind Rahul Gandhi.

Yashpal Arya said he has no desires for any posts, but is returning to Congress as he wants a pro-poor government in the state.