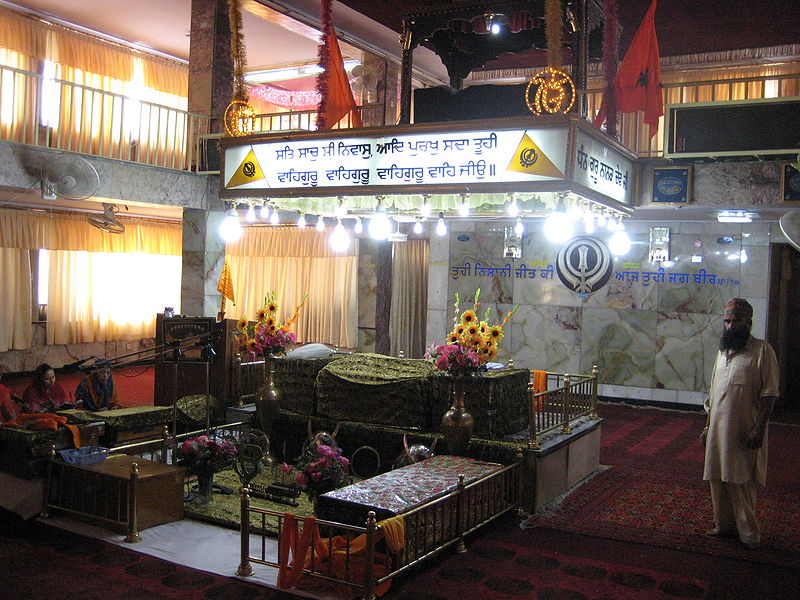 Kabul/UNI: Days after the vandalisation of the Gurdwara Karte Parwan in Kabul by suspected Taliban militiamen, the council of Afghan Hindus and Sikhs met on Saturday at the gurdwara to discuss the safety of the community and appealed to the Indian government for their immediate evacuation.

The council meeting, which was also participated by Indian citizens in Afghanistan, discussed the vandalisation of the gurdwara by "unidentified forces" and the nefarious attack on the Shiite mosque in the northern city of Kunduz on Friday in which many innocent Afghans belonging to the Hazara community were killed.

The council demanded fool-proof investigation and accountability from the Islamic Emirate of Afghanistan on the vandalisation of the Gurdwara and also condemned the brutal killings of the Shiite worshipers on Friday in Kunduz.

They also requested the Islamic Emirate of Afghanistan to ensure protection of their rights and their wellbeing as per the UN Charter.

The Council appealed to the Government of India to consider and facilitate evacuation of all from the violence-hit Islamic nation at the earliest.

Around 200 members of the Hindu and Sikh community participated in the meeting.

On Oct 5, a group of heavily armed men, resembling the Taliban militia in appearance, entered the Gurdwara Karte Parwan in Kabul, tied up the three guards there, rummaged through the cupboards of the gurdwara office and left after smashing some CCTV cameras.

Though the footage from the CCTV cameras has been handed over to the local Taliban authorities, there has been no forward movement in identifying the armed men who vandalised the gurdwara.