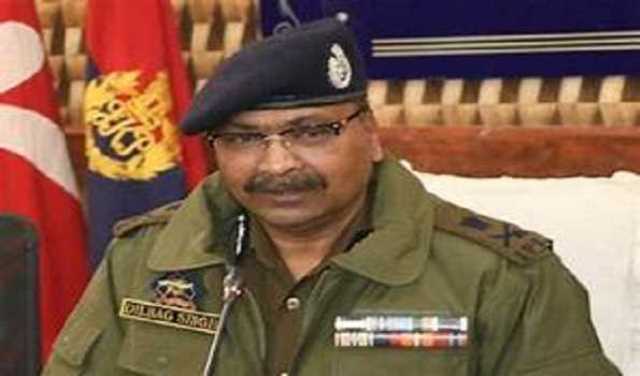 Srinagar/UNI: Director General of Jammu and Kashmir Police (DGP) Dilbagh Singh Thursday said the recent killings of civilians in Kashmir Valley were part of a conspiracy at the behest of Pakistan to disturb communal harmony and spread terror.

"Terrorists are targeting people who want to serve humanity," the DGP said, while asserting that security forces and citizens will continue to foil Pakistan's designs.

He said, "The aim of the terrorists is to disturb communal harmony and spread terror. That is why they are targeting innocent people. This is a conspiracy to defame Kashmiri Muslims."

Another part of the conspiracy is to target people from other states, who come to the Valley to earn their livelihood, Singh said.

Earlier in the day, two teachers of Sangam Eidgah Government school, including a woman, from minority communities were killed by terrorists.

In reply to a question, the DGP said other staff members of the school are in a state of shock.

"We have talked to them and have some ideas...," he said.

The DGP said, "Police are working on these target killings. We have got some leads in earlier cases and will find the killers."

However, he said security forces and people will together fight these elements who want to disturb peace and communal harmony.