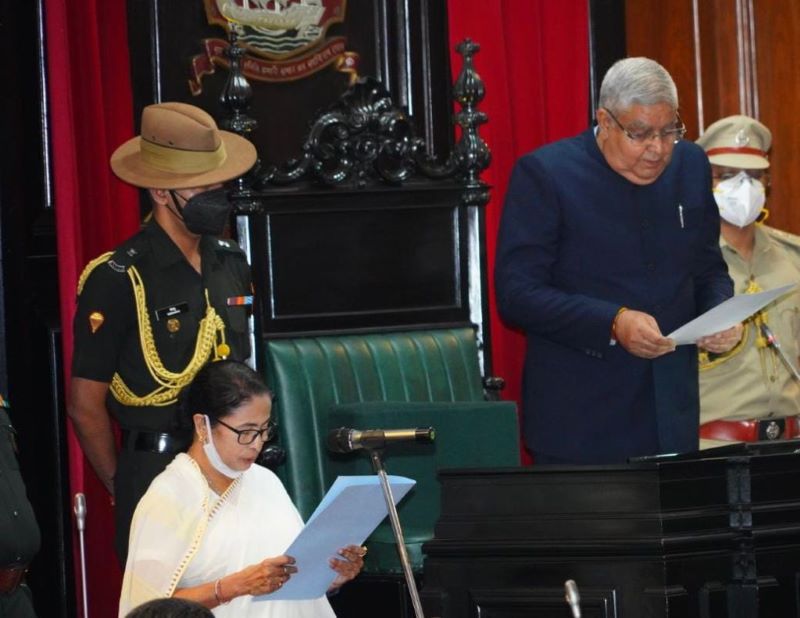 Her oath was administered by Governor Jagdeep Dhankhar.

Banerjee, who was pitted against BJP's Priyanka Tibrewal, won by 58,832 votes.

In a bypoll where little over 57 percent people cast their votes, the Trinamool Congress (TMC) supremo was favoured by 84,709 voters.