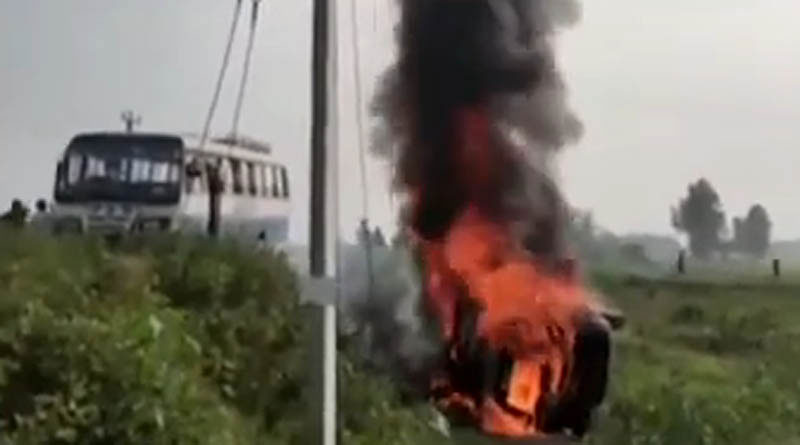 New Delhi/IBNS: The Supreme Court bench led by the Chief Justice will take up a case to look into the violence in Uttar Pradesh's Lakhimpur Kheri, that left eight people including four farmers dead triggering a major political row over the alleged involvement of a union minister's son.

The apex court has decided to take up the case on its own amid a growing outrage over the Uttar Pradesh police's handling of the investigation.

Farmers have vowed to intensify their months-long agitation against the three contentious laws aimed at liberalising agriculture.

Union Minister of State Ajay Mishra's son Ashish has been named in an FIR in connection for allegedly running over farmers with his car.

The police have said they were investigating the crash and had registered a case against 13 people.

The farmers have alleged that the protesters were run over by an SUV driven by Ashish Mishra.

However, the minister said neither he nor his son was present at the spot when the incident happened.

"From Day One, we have been clear that the [Mahindra] Thar is ours, which is registered in our name. And the vehicle was going to receive someone after picking up our workers. Our son was at another venue. From 11 am till the evening, he was organising another event," Ajay Mishra told NDTV in an interview.

"My son was present there, there were thousands there. There are photos and videos. If you take out his call records and CDR, location... can check all. Thousands of people are willing to give an affidavit also that Ashish Mishra was there," he had told the channel.

Earlier lawyers from Uttar Pradesh had written to the Supreme Court seeking CBI inquiry into the Lakhimpur Kheri, where allegedly farmers were mowed down by a car driven by the son of a Union minister.

They had written to Chief Justice NV Ramana to direct the Home Ministry to ensure the filing of a First Information Report and punishment for the alleged involvement of the minister's son in the incident.