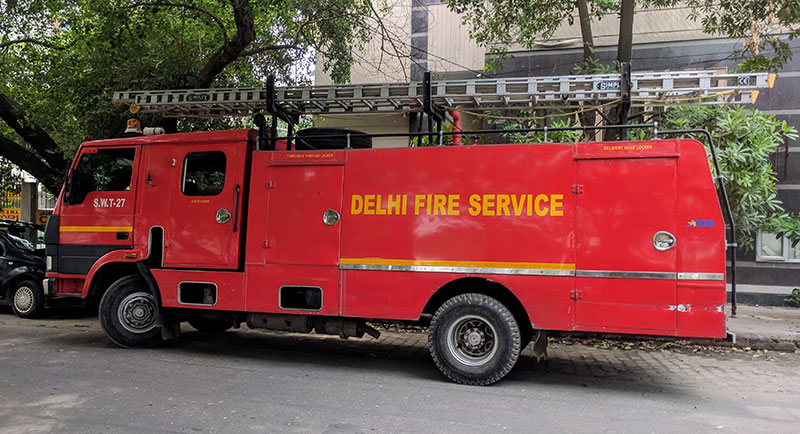 New Delhi/UNI: Three people were killed and one sustained burn injuries after a fire due to a cylinder blast broke out at a house in Central Delhi’s Anand Parbat area, Delhi Fire Service Officials said Wednesday.

A call about the fire incident was received around 9:05 pm Tuesday, following which two fire tenders were rushed to the spot.

LPG cylinders and domestic articles caught fire, which then spread throughout the house but the blaze was brought under control.

Four persons were sent to RML hospital where doctors declared that three of them died due to burn injuries while another person was referred to Sardar Ballabh Bhai Patel hospital and then referred to Safdarjung hospital.

"Fire was caused due to leakage in the rubber pipe which connected the cylinder to the burner when the victim was preparing food for her three younger siblings and mother," said Shweta Chauhan, DCP, Central Delhi.

The deceased were identified as Sushila (36) and her twin kids, police said.