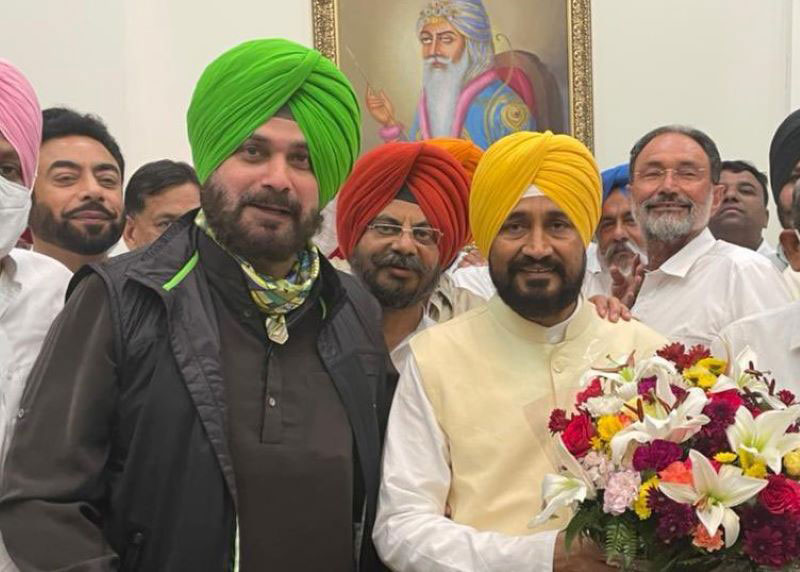 New Delhi/UNI: Congress leader Navjot Singh Sidhu on Tuesday warned the Uttar Pradesh government that he would lead a march towards Lakhimpur district on Oct 6 if Union Minister Ajay Mishra's son, who he said is “behind the brutal murder of farmers”, is not arrested and Priyanka Gandhi Vadra is not released.

Sidhu's remarks came a day after he was detained while leading a protest march outside the Governor House in Chandigarh against the death of four farmers in Lakhimpur.

Taking to Twitter, he said, “If, by tomorrow, the Union Minister’s son behind the brutal murder of Farmers is not arrested, and our leader @PriyankaGandhi being unlawfully arrested, fighting for farmers is not released, the Punjab Congress will march towards Lakhimpur Kheri!.”

“When in doubt walk the path of truth, never compromise on moral values!! “Moral Authority” thy name is @priyankagandhi” he said.

Priyankha Gandhi was taken into custody on Monday morning along with other party leaders while she was on her way to Lakhimpur to meet the families of those who were killed during Sunday’s violence.

On Sunday, nine people, including four farmers and one journalist, were killed and several injured after a convoy of three SUVs, one allegedly being driven by minister’s son crushed protesters while they were agitating against the visit of state Deputy Chief Minister Keshav Prasad Maurya.