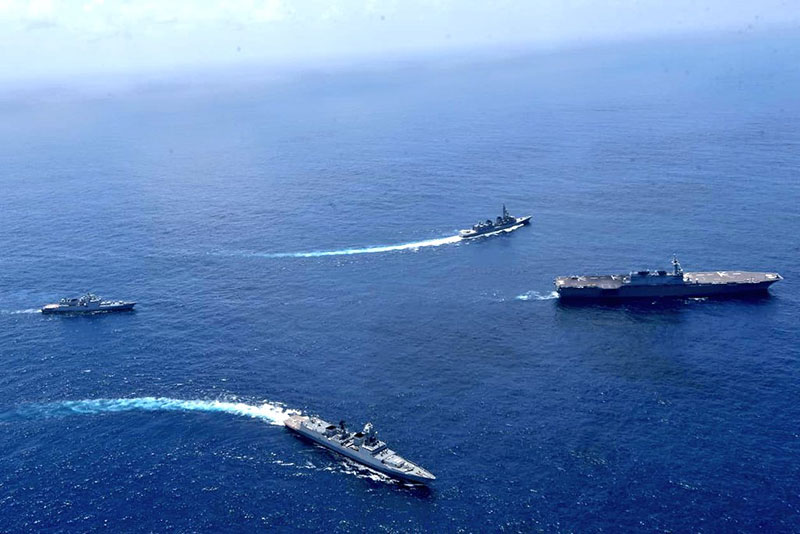 India-Japan maritime exercise to be held from tomorrow

New Delhi: The fifth edition of India – Japan Maritime Bilateral Exercise, JIMEX, between the Indian Navy (IN) and the Japan Maritime Self-Defence Force (JMSDF), will be held in Arabian Sea from Oct 6 to 8, officials said on Tuesday.

JIMEX series of exercises commenced in January 2012 with special focus on maritime security cooperation. The last edition of JIMEX was conducted in September 2020.

JIMEX-21 aims to develop common understanding of operational procedures and enhance inter-operability through conduct of a multitude of advanced exercises, across the entire spectrum of maritime operations.

Naval cooperation between India and Japan has increased in scope and complexity over years. JIMEX-21 will further  enhance the cooperation and mutual confidence between the two navies and fortify the long-standing bond of friendship between the two countries.