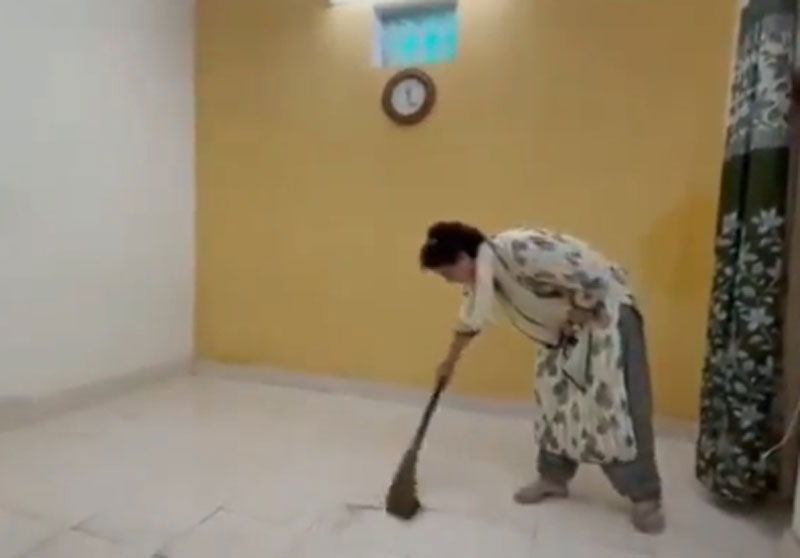 Thiruvananthapuram/UNI: Congress MLAs led by Opposition leader VD Satheesan staged a Dharna in front of the Kerala Raj Bhavan in protest against the detention and manhandling of party General Secretary Priyanka Gandhi in Sitapur, when she was on her way to meet victims in Lakhimpur Kheri in Uttar Pradesh on Monday where four farmers were killed on Sunday.

The Congress leaders alleged that the ruling BJP government at the Centre was responsible for playing politics of trampling farmers in the country.

Opposition leader VD Satheesan tweeted that "Detaining @priyankagandhi to prevent her from meeting victims in #lakhimpurkheri is unacceptable. The fascist regime in UP is trying its best to supress the truth. Salutes to Priyanka for taking this fight forward."

"Strongly condemn the killing of farmers in #Lakhimpur. Autocratic leadership of GOI has emboldened fascist forces in the country. UP govt should bring the guilty to justice immediately to prevent untoward incidents. Farmers should maintain calm. Violence will defeat the cause," he added.

Senior Congress leader Ramesh Chennithala tweeted that "The unlawful detention of @priyankagandhi by UP Govt exhibits the lawlessness in the state. A leader has been prevented from carrying out her democratic rights by an undemocratic Govt. Despite all hurdles @INCIndia shall continue to stand with the oppressed."

"What we saw today in Lakhimpur, UP is barbaric. A BJP Union Minister's son running over the protesting farmers shows how arrogant BJP leaders are. The gruesome murderer should be served the stringent punishment by law, he said.

Condolences to the family of the deceased," Chennithala added.