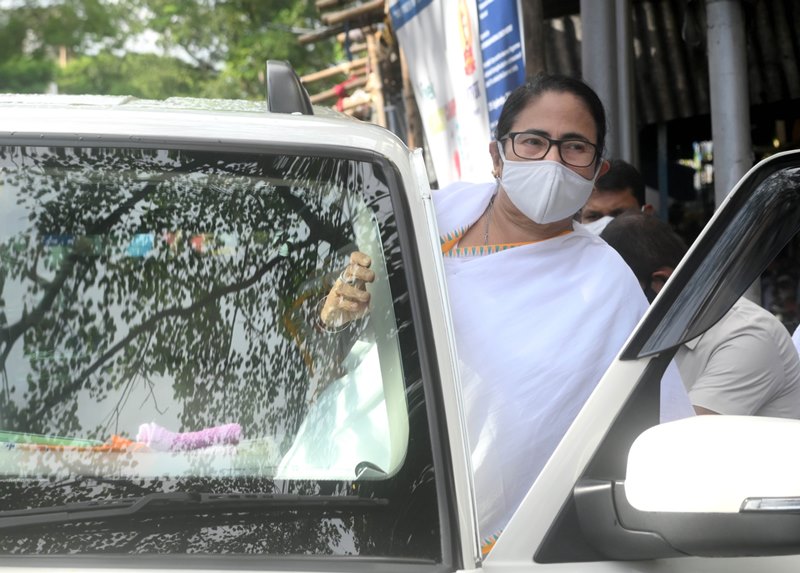 Kolkata/IBNS: West Bengal Chief Minister and Trinamool Congress (TMC) supremo, Mamata Banerjee, took a comfortable lead of over 12,000 votes in initial rounds of counting of votes polled in the Bhabanipur byelection, which was held on Oct 30.

Banerjee is ahead of Bharatiya Janata Party (BJP)'s Priyanka Tibrewal by 12,435 votes after the fourth round of counting of votes.

CPI-M candidate Shrijeeb Biswas is struggling with only 315 votes after the third round.

The win is a must for the TMC supremo, who is yet to be elected to the assembly, to continue with her uninterrupted stint as the Chief Minister.

The TMC is also leading in Samserganj and Jangipur, where polls were held on Oct 30.