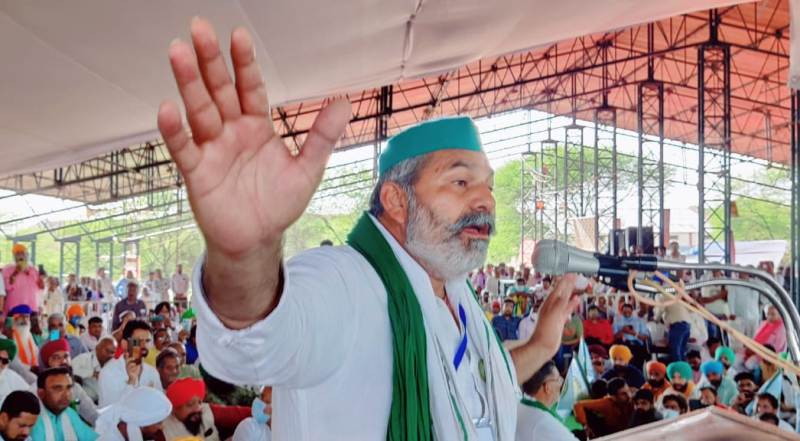 New Delhi/IBNS: Farmers will protest outside the homes of MLAs in Bharatiya Janata Party-ruled Haryana and the headquarters of the district collectorate in Punjab to mount pressure for starting paddy procurement on time, farmer leader Rakesh Tikait tweeted Friday evening.

The Centre on Thursday postponed buying kharif or monsoon paddy from farmers in Punjab and Haryana till Oct 11.

"To demand paddy procurement, farmers will protest outside the homes of BJP-JJP MLAs and the office of the collector in Punjab tomorrow," Tikait tweeted.

Channi, who took over the Punjab chief minister succeeding Captain Amarinder Singh, met the prime minister for the first time on Friday after taking over the post.

He said he urged the prime minister to repeal the farm laws, and said that the PM listened to him carefully.

"Agriculture is our main source of living in Punjab, I urged him to finish this row over the three farm laws. He listened to me carefully and said he also wants the matter to be resolved. I urged him to resume talks with the farmers. I asked him to repeal all three laws," he said.

"Punjab can progress only when agriculture is prosperous. Punjab has always stood for India, its freedom, and unity, so Punjab should be kept away from such matters and it should be resolved," he said.

He also urged the Prime Minister to restart talks with the agitating farmer groups.

The issue of procurement of paddy in Punjab was also raised.

"It is a current issue as the procurement season is starting in Punjab," Channi said.

"It usually starts from October 1, but it was postponed to October 10. Procurement has never been postponed before... I have requested him to start it soon," said Channi, adding that the prime minister assured him that the issue would be resolved.