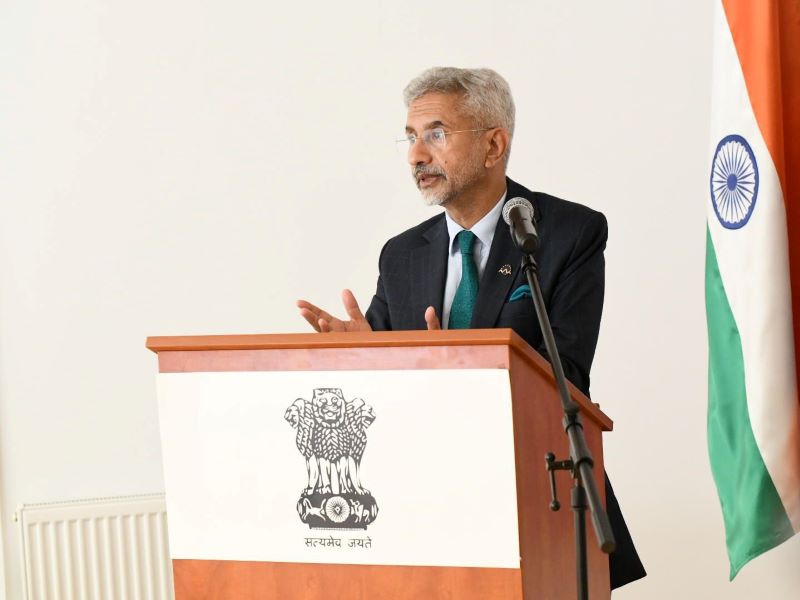 New Delhi/IBNS: India was not taken into confidence on various aspects of the Doha deal US and Taliban inked last year but the following developments in Afghanistan will have "very, very significant consequences" for the region and beyond, External Affairs Minister S Jaishankar has said, according to media reports.

India's key concern at the moment are if there will be an inclusive government in Afghanistan and that Afghan soil is used for terrorism against the other states and rest of the world.

Jaishankar was speaking virtually at the annual leadership summit of the US-India Strategic Partnership Forum (USISPF) on Thursday.

"I think, to some degree, we would all be justified in having levels of concern and to some degree, I think the jury's still out. When I say levels of concern, you know, there were commitments which were made by the Taliban, at Doha, I mean, the US knows that best I mean, we were not taken into confidence on various aspects of that," Jaishankar was quoted as saying by news agency PTI.

"So whatever, whether deal which was struck in Doha, I mean, one has a broad sense. But beyond that, you know, are we going to see an inclusive government? Are we going to see respect for the rights of women, children, minorities?" he asked.

"Most important are we going to see an Afghanistan whose soil is not used for terrorism against other states and the rest of the world, I think, these are our concerns," Jaishankar added.

The developments in Afghanistan are going to "have very, very significant consequences for all of us, and we are so close to the region."

He said the issue also emerged in discussions between Prime Minister Narendra Modi and US President Joe Biden in Washington last week.

"And let us say that has shaped in many ways our view of some of the neighbours of Afghanistan. So now, how much the US shares that view, and where it is that the US sort of makes its tactical compromises, I think that is for the Americans to figure out," he said.