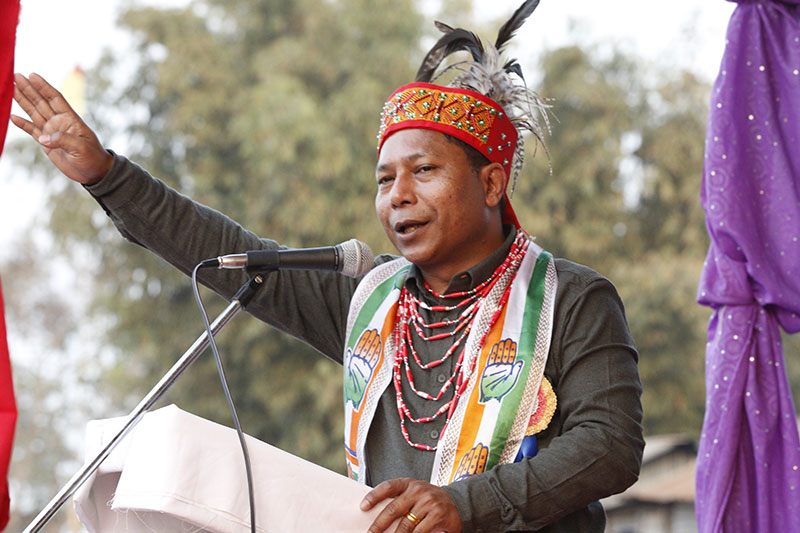 Shillong/UNI: The political speculation over whether veteran Congress leader and former Meghalaya Chief Minister Dr. Mukul Sangma is going to leave the grand-old party and move to the Trinamool Congress (TMC) is a million dollar question that people are asking in the present political scenario.

Sangma, who is currently the Leader of Opposition in the state assembly along with 13 others, are all set to quit the Congress and join the TMC, sources said.

A senior Congress legislator said that Sangma is “perturbed” with the Congress leadership for not consulting him about the appointment of three-time Lok Sabha member, Vincent H. Pala as Meghalaya Pradesh Congress Committee (MPCC) president.

“By convention, the AICC consults the CLP (Congress Legislature Party) leader, but he was surprised that the party did not consult him and learnt about Pala’s elevation to the top-post of PPC from party’s notification,” the legislator revealed on condition of anonymity.

“It is not only Dr. Mukul Sangma, but even other legislators and party workers were surprised with Pala’s appointment without consulting the CLP leader,” the Congress legislator added.

When asked about Sangma’s overtures with the TMC, the legislator refused to comment and said, “Let us wait and watch. Politics is dynamic.”

In fact, Sangma and his loyalists skipped a function where Pala was formally inducted as MPCC president and a programme where former Home Minister Robert Garnett Lyngdoh and former legislator Pynshnaignlang Syiem rejoined the Congress.

Sangma, whose meeting with the interim Congress president Sonia Gandhi was cancelled last week as she was away from Delhi, is scheduled to meet her and Congress MP Rahul Gandhi next week to sort out the internal rumblings within the party.

However, Sangma had met Congress General Secretary, Priyanka Gandhi last Friday and aired his concerns to her.

Sangma, however, had neither denied nor accepted the report of his recent meetings with TMC leadership, but said, “I have friends all across, both within and outside the state.”

A TMC leader, who wished not to be quoted, said the TMC leadership had sent feelers to the two-time Chief Sangma inviting him to be part of the party and to expand TMC in the northeastern states.

“I cannot disclose anything about us, but we would be happy if he (Mukul Sangma) and his entire team join us ahead of the assembly polls in the region,” the TMC leader said.

Manipur is heading for polls next year, while elections to three other northeastern states - Meghalaya, Nagaland and Tripura - are slated to be held in 2023.