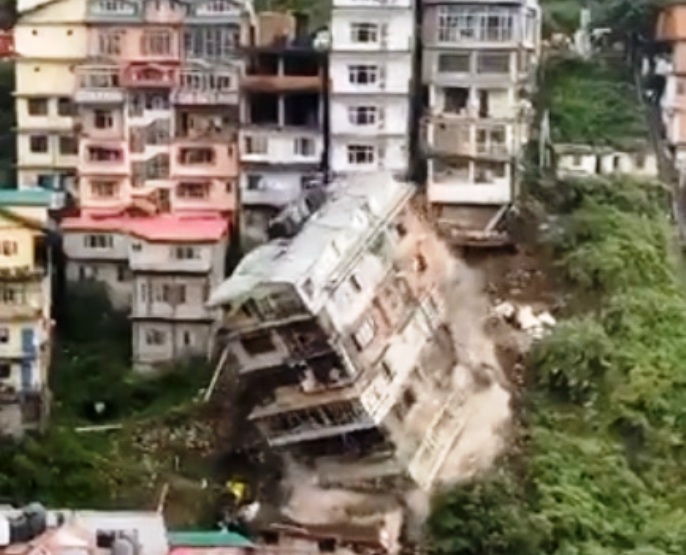 Multi-storey building collapses in Shimla due to landslide, no casualties reported

Shimla/IBNS: A multi-storey building collapsed on Thursday due to a landslide caused by heavy rains in Himachal Pradesh's Shimla.

The building collapsed at Ghaura Chowki area and two more buildings located down below were also damaged, media reports said.

However, no loss of life was reported as the building was evacuated this afternoon.

The dramatic video of the collapse is viral in social media.

Hope everyone is safe pic.twitter.com/KSe53f2eFq

The building was already endangered as cracks had appeared on it a few days back.

The district administration had issued a notice to evacuate the building two weeks back.

The efforts to salvage the building failed as the foundation had reportedly weakened due to seepage of water from buildings located above.

The police, administration and fire brigade was already on the spot when the mishap occurred.