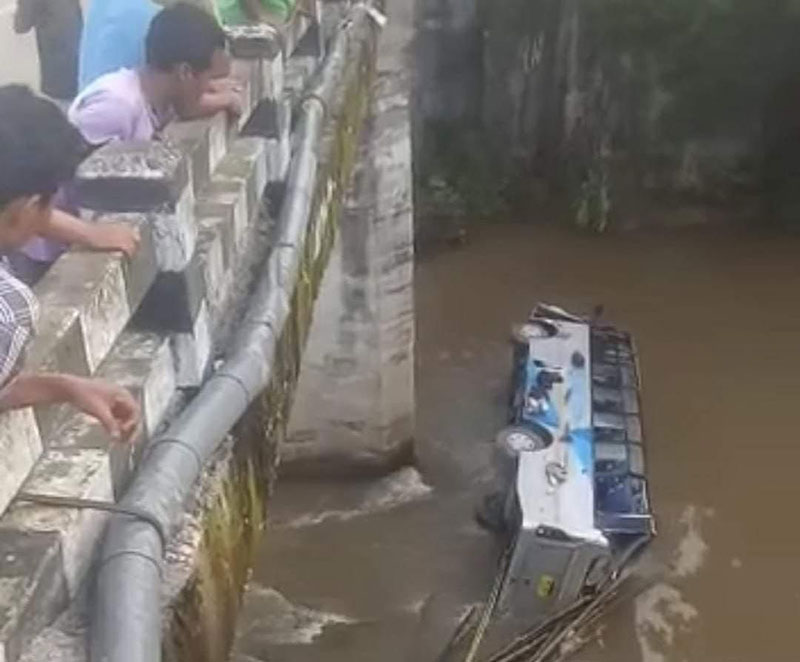 Meghalaya: 6 killed, 16 injured after a passenger bus falls into a river

Shillong/IBNS: Six people were killed and 16 others injured after a passenger bus of Meghalaya Transport Corporation (MTC) fell into a river in Meghalaya’s East Garo Hills district on Wednesday night.

East Garo Hills district Superintendent of Police (SP) Bruno A Sangma said that six people including the driver of the ill-fated bus and two women were killed in the accident.

Following the incident rescue teams from Rongjeng and Williamnagar Fire and Emergency Services and police rushed to the accident site to help the victims.

The injured persons were shifted to Rongjeng hospital for medical assistance.