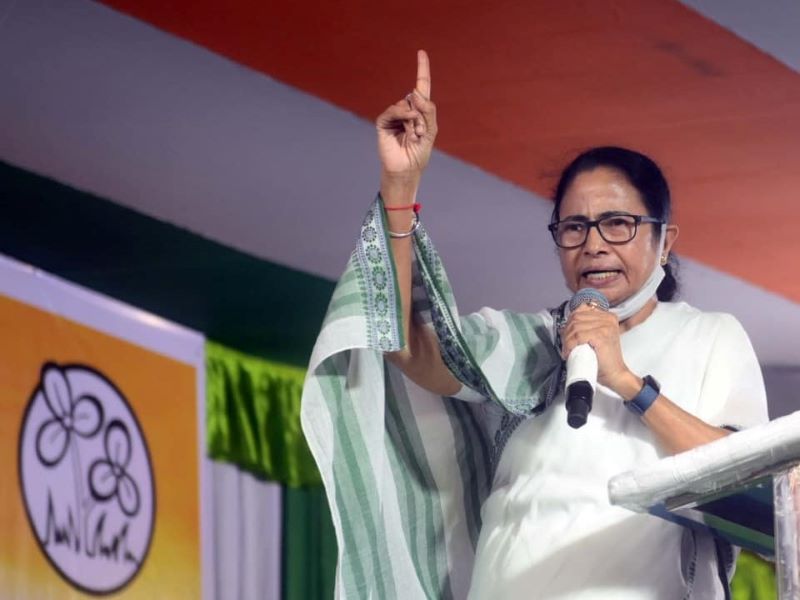 Kolkata/IBNS: All eyes will be on West Bengal's Bhabanipur assembly constituency, where elections will be held Thursday, as Trinamool Congress (TMC) candidate Mamata Banerjee will have to win the electoral battle to remain the West Bengal Chief Minister.

The bypoll was necessitated following the resignation of West Bengal Minister and TMC veteran Shobhandeb Chattopadhyay.

To challenge Banerjee, the BJP has fielded lawyer Priyanka Tibrewal, the Left has nominated young advocate Srijib Biswas while the Congress decided not to contest in a gesture to the ruling party in a changed political scenario.

As per sources, Banerjee will be casting her vote at 4:30 pm.

"I think my contest from this seat was destined. I want to see the whole country from Bhabanipur," said Banerjee multiple times during campaigning.

Requesting all voters to reach the poll booth to cast their votes on scheduled date Sept 30, she said, "Please go for voting even if it rains. The TMC has a majority. Anyone can become the Chief Minister. But cast your votes if you (people) want me to continue (as the Chief Minister)."

Time for Bhabanipur to do what Nandigram did, says BJP

The BJP during its campaign kept on hitting at Mamata Banerjee's personal defeat in Nandigram, requesting the voters of Bhabanipur to treat the "unelected" Chief Minister in a similar way.

"For me, this is not just a campaign but to reach out to the people who are not aware of what this government had done (she means violence) in West Bengal so the message has to reach to them that they should look at Nandigram the way it has given a befitting reply to the Trinamool. Now it is time for Bhabanipur to do this," she told India Blooms in stern words.

Along with Bhabanipur bypoll, elections will be held Thursday in Jangipur and Shamsherganj, where polls were postponed due to deaths of contesting candidates in Mar-Apr this year.

The poll results of all three seats will be declared on Oct 3.