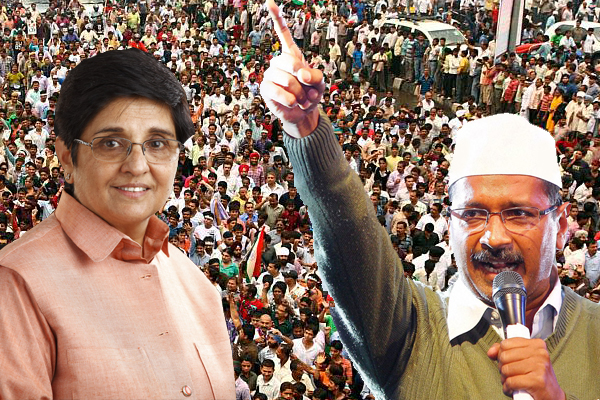 Bedi, a new entrant in politics, will be contesting from east Delhi constituency while former Chief Minister Kejriwal will be in fray for the New Delhi seat.

After filing his nomination, Kejriwal yet again dared Bedi, a former IPS officer for a public debate ahead of the polls. Bedi had earlier said she was ready,but the debate would be on the floor of the House.

Accusing media of being obsessed with Bedi, Kejriwal said it was focusing more on the BJP candidate.

Kejriwal had earlier said his "biggest challenge is corruption and rising prices in Delhi".

Bedi promised Delhites to give a clean administration and involve the common people in development work.

The Delhi Assembly election is scheduled for February 7.