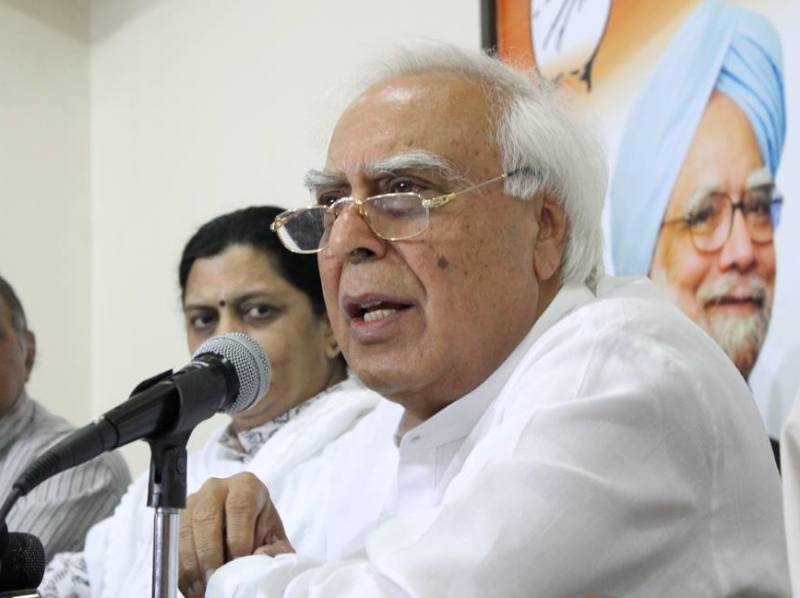 New Delhi/IBNS: As the Congress is struggling to combat the crisis in Punjab, the G-23 leaders, a group of 23 party dissidents, on Wednesday wrote a new letter to interim president Sonia Gandhi questioning the decisions taken at the top.

Ghulam Nabi Azad has written to Sonia Gandhi urging her to call a meeting of the Congress's top body on electing a full-time party president.

"In Congress there is no elected president now. Who is taking calls? We don't know who is taking decisions in the party," senior party leader Kapil Sibal told the media, raising many uncomfortable questions over Punjab.

"We are G-23, definitely not Ji Huzoor-23. We will keep raising issues," said  Sibal, in an apparent dig at the Gandhis without naming them.

"Why are people leaving? Maybe we should see whether it is our fault? We have to immediately call a CWC, at least so a dialogue can take place. We won't leave the ideology of the party and go anywhere else. The irony of the Congress is that the chosen ones, those who are close to them (Gandhis) have left and those who they think are not close to them are still there," the senior Congress leader said.

"We won't leave the ideology of the party or go anywhere else. The Congress is the only party that can save this republic because the present dispensation is destroying the foundations of our republic."

Workers of the Youth Congress also raised slogans of "Leave the party! Come to your senses!" and "Rahul Gandhi Zindabad!"

The G-23 had earlier written to Sonia Gandhi seeking a "full-time and visible leadership" following a series of poll defeats.

In a new twist to the political drama in Punjab, cricketer-turned-politician Navjot Singh Sidhu resigned as Congress chief in Punjab on Tuesday.

This comes just days after Captain Amarinder Singh stepped down as the chief minister in Punjab citing repeated "humiliation" by the party.

The Congress high command had been instrumental in appointing Sidhu as the Punjab unit supremo much against the will of then Chief Minister Captain Amarinder Singh.

According to reports, Sidhu was upset over a few recent appointments and cabinet reshuffling.

Now the situation once again turned ugly for the Punjab Congress as the state will head to assembly polls early 2022.